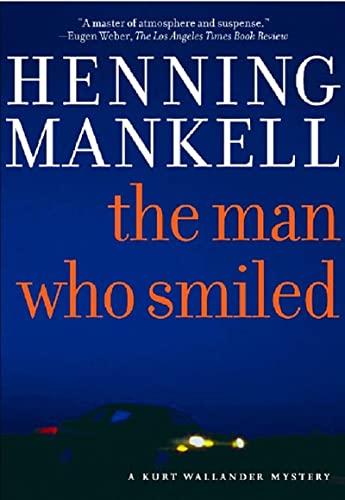 Will Ystad, the midsized Swedish city that never thaws, have to bid farewell to the brilliant/vulnerable/Maigret-like Detective Chief Inspector who's kept it law-abiding all these years?His colleagues, his boss, his doctor, his dad, everyone-including himself, Kurt Wallander (Before the Frost, 2005, etc.)-is certain he's packing it in. He's killed a man-justifiably, in defense of his own life, but with shattering emotional consequences. For the first time in his long career, Wallender feels useless, "like the clockwork man who had lost the key that normally stuck out of his back." Returning to Ystad after months of sick leave, Wallander fully intends to hand in his papers, but then something unpredictable, or perhaps exceedingly predictable, rouses the dormant copper in him: a meaty mystery that provides an irresistible opportunity to add luster to the Wallander name. Everyone in the Ystad PD has written off the death of elderly lawyer Gustaf Torstensson as accidental. Only Wallander is astute enough to recognize it for the homicide it is and spot its heinous connection to the rich and powerful man with no smile. True, Wallander has a certain helpful piece of inside information, but never mind. What matters is that the game is once more afoot.Slow as an ice floe, but the Wallander Weltschmerz maintains its peculiar grip. (Kirkus Reviews)

1. The Man Who Smiled

2. The Man Who Smiled