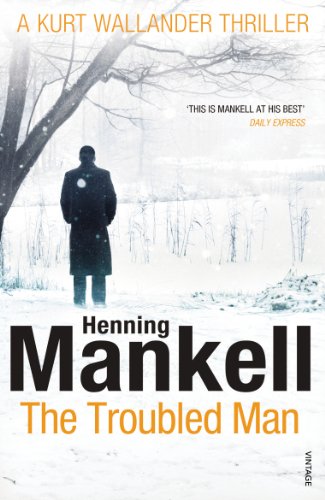 "By the time you get to the end, you'll be wanting another. But it would be hard to beat this tale of murder and loss which leads back to the heart of the cold war" (Daily Mirror)

Every morning Håkan von Enke takes a walk in the forest near his apartment in Stockholm. Then, one day he fails to come home.

Detective Kurt Wallander is not officially involved but Håkan's son is engaged to his daughter Linda. A few months earlier Håkan was eager to talk to Kurt about a controversial incident from his past. Could this be connected to his disappearance?

When Håkan's wife also goes missing, Wallander is determined to uncover the truth but the investigation will force him to look back over his own past, as he comes to the unsettling realisation that even those we love the most can remain strangers to us...

Buchbeschreibung Taschenbuch. Zustand: Neu. Neuware - Paperback edition of the final book in Mankell's hugely popular series featuring Detective Kurt Wallander. Wallander looks back over his life and career, including many of his most famous cases, while he investigates a new mystery. A new BBC series of 'Wallander', starring Kenneth Branagh is planned for Spring 2012. 'A magnificent finale,' 'Financial Times' 512 pp. Englisch. Artikel-Nr. 9780099548409