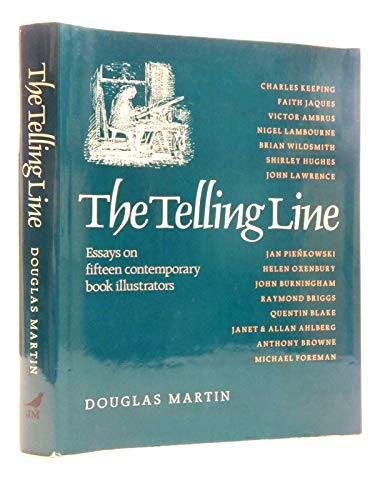 Buchbeschreibung Cloth, 4to, 320 pp, ills. (some colour). From the blurb: " "The work of fifteen significant modern illustrators is assessed in depth in this major art book. Douglas Martin has talked with each of the artists included and much of the comment about background, influence and technique is quoted direct, giving the text a particular authority and relevance. There has been a tendency to see artists known mainly for their work in children's books in a certain limited light: Douglas Martin redresses that balance by regarding them first and foremost as artists, discussing every aspect of their work and its place in the development of contemporary illustration. The book is therefore fascinating on many levels, as much for the general reader as for the art historian or student of children's literature. It is spectacularly illustrated in colour and black-and-white, with generous examples of the work of each illustrator, a number of them previously unpublished from the artists' private collections. Each artist is the subject also of a complete bibliography in chronological order, which makes it possible to see at a glance the progress of an individual career. The Telling Line makes an important contribution to the continuing story of British illustration in the twentieth century by focusing attention on some of its leading practitioners. The artists included are Charles Keeping. Faith Jaques. Victor Ambrus, Nigel Lambourne, Brian Wildsmith, Shirley Hughes, Raymond Briggs, Helen Oxenbury, John Burningham. Jan Pieńkowski, John Lawrence, Janet and Allan Ahlberg, Quentin Blake, Anthony Browne and Michael Foreman." Near Very Good in a used dustwrapper which has lost part of the lamination at the top and bottom edges of the front panel. Artikel-Nr. ABE-34285