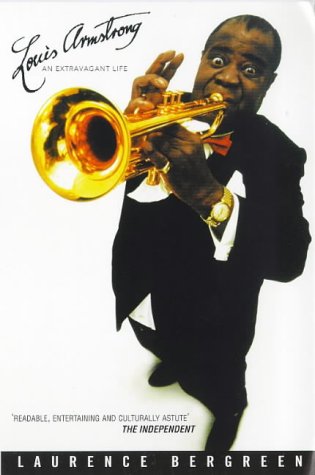 ‘meticulously researched, vibrant biography... has the potential to become the definitive word on his life and remarkable career... .an epic American story, told with great warmth, skill and understanding.’
Publishers’
Weekly

A biography of the world’s most favourite jazz and blues master, using exclusive new material from the Louis Armstrong archive.

Perhaps America’s greatest musical performer, Louis Armstrong was a character of epic proportions – married four times, with countless romantic involvements in and around his marriages, a life-long advocate of marijuana, who took his music from the streets of New Orleans to Hollywood, Europe, South America and, through his many recordings, the world.

Armstrong was born to the sixteen-year-old daughter of a slave, who took to prostitution to support herself and her child. He spent time in reform school (where he first learned to play the bugle) and for a while earned his living as a pimp before starting to play jazz in the red-light district of New Orleans.

He fought against prejudice, the Depression and the gangster-run music business of Chicago to become one of the most prominent and celebrated black men of his generation (he was the first black man to have his own radio show) and one of the most successful and popular jazz musicians of all time.

Laurence Bergreen has had access to an incredible archive of Armstrong’s writings, recordings, photographs and personal papers.