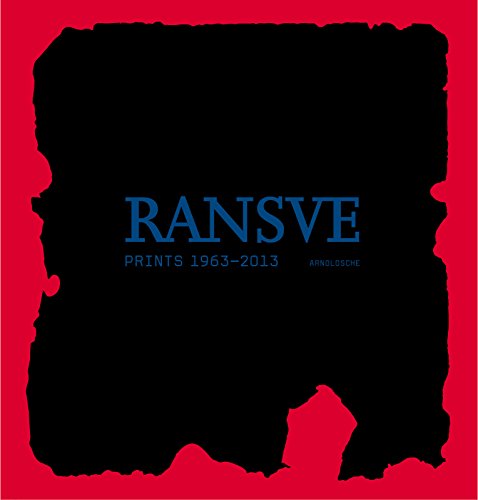 The Norwegian painter Bjorn Ransve (b. 1944) is one of the best-known contemporary Scandinavian artists. Very few painters indeed express themselves so brilliantly in two dimensions, thematically, technically and formally. The third volume of the catalogue raisonne is devoted to Ransve's graphic oeuvre: in over 1,300 illustrations it documents prints and multiples, created from the 1960s to 2013. This book is not only an indispensable standard reference for all scholars, art dealers and collectors, it also provides insights in the complex interrelations between prints, paintings and drawings in Ransve's artistic work. The accompanying text by Lars Eisenloffel investigates the changing and recurrent groups of motifs and places the works in their art historical context. Since each page of the book has been designed individually in close collaboration between Ransve and the graphic artist and book designer Silke Nalbach, Bjorn Ransve's development as an artist can be traced in a way that is particularly illuminating.

Buchbeschreibung 1. Aufl. Bjřrn Ransve: Prints 1963 2012 / Bjřrn Ransve (born in 1944 in Oslo) is one of the most significant contemporary Scandinavian artists. Following on from the publication of volumes about his painting and drawings, this publication with his prints completes the trilogy about his work. - Prints play an important role in his work. From the very beginning (since 1963) he has actively used the lithographic press. There are many pages that were only printed once. Then, in the 1980s, he created a whole flurry based on one motif, refined in stone or varying in colour. Since the end of 2012 he has also incorporated the frottage technique, which enables a completely new picture composition and opens up new artistic potential. Ransve s world of motifs, often characterised by simultaneous abstraction and materiality, is expressed through drawings, paintings, and prints. - His motifs borrowed from art history, as well as his enigmatic, mystical, and demonic adaptations, often have an aggressive and distorted effect, whilst at the same time being presented in a very sensitive way. This ambivalence is a consistent feature of Ransve s works, expressed perhaps most radically in works where the material collides with the abstract. - Ransve has had a significant influence on late modern Scandinavian painting and he is represented in all the major museums there. He is not part of the national and international gallery business and can therefore be considered an insiders tip in Europe and the USA! - / Sprache: Englisch (NEU - Original-eingeschweisstes Ex. - verlagsfrisch! / new - in original wrapping) Sprache: Englisch Gewicht in Gramm: 11300 Hardcover-Buch im Originalschuber. Artikel-Nr. 407175