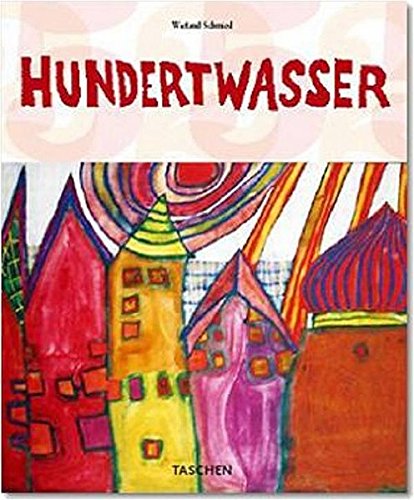 A portrait of the artist by the artist himself (TASCHEN's 25th anniversary special edition) Friedensreich Hundertwasser: born as Friedrich Stowasser, he lived and died as Friedensreich (meaning "realm of peace") Hundertwasser - a name he chose for himself. Architect, ecologist, painter, designer, writer, innovator...his list of talents goes on and on. Hundertwasser reinvented the art of living as an artist 24 hours a day. This book comprises Volume I from the limited-edition Hunderstwasser book set, with selected paintings, architecture works, projects, and manifestos. The text by Wieland Schmled, a longtime personal friend of Hundertwasser, traces the life and work of one of the century's most fascinating artistic personalities. Produced in collaboration with Hundertwasser (who supervised the project and designed the layout himself) just before his untimely death, this book is not only a testament to his unparallelled career but a living legacy.

Wieland Schmied has been President of the Bavarian Academy of Fine Arts in Munich since 1995. He has organised over one hundred art exhibitions and is the author of many books on 19th- and 20th century art, including monographs on Caspar David Friedrich, Alfred Kubin, Glorgio de Chirico, Edward Hopper and Francis Bacon.