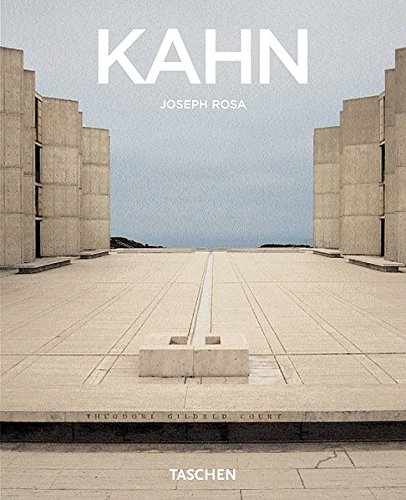 Though Louis Isidore Kahn (1901-1974) started his career late in his life, the few projects he was able to undertake were realized to perfection. With the Jonas Salk Institute in La Jolla, California (1959-1965) Kahn created a workspace with superb functional and aesthetic qualities; the institute's Minimalist elements radiate a sense of eternal beauty. The Kimbell Art Museum in Fort Worth (1966-1972) occupies the somewhat faceless city like an island of spiritual space, an effect that is achieved by simplicity in design and materials. Also, the Indian Institute of Management in Ahmedabad (1962-1974) and the Sher-e-Bangla Nagar, National Assembly of Bangladesh in Dhaka that was finished after his death are buildings of monumental importance, demonstrating the vision of a talented and very unusual man. This book brings together 17 Kahn projects, ranging from private housing to commercial architecture, religious buildings, exhibition spaces, and government buildings.