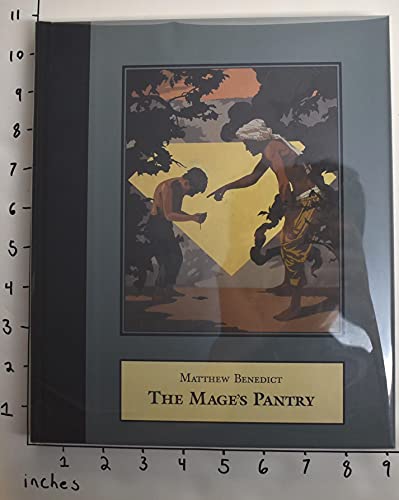 In 2001, artist Nayland Blake declared, "If a branch of Voodoo had sprouted up in turn-of-the-century New England, its artifacts might look something like the work of the 32-year-old, New York-based Matthew Benedict...In his work, desire, especially gay desire, is seen as the entrance to another realm, a secret society filled with coded imagery." Benedict's paintings, photographs, embroidery and sculptural works are populated by a host of obscure references, from pirates to saints to Freemasons and tarot symbology. And archaic-sounding titles abound, like 2006's "The Magus and the Old Man recoiling from the High Priest (Moses and Rip van Winkle recoiling from Pius XII)" or "Still Life with Razor and Sugarcubes" from 2000. Creating a labyrinth of literary allusions, Benedict--a Herman Melville fan--deliberately eludes the easy read, though agendas do sometimes emerge. "The Children's Hall" (2002-2005), for example, is a diptych featuring all manner of outmoded toy weaponry--sabres, machetes, daggers--arranged in a decorative, baroque pattern, which rather darkly suggests the aesthetic appeal of violence to children.