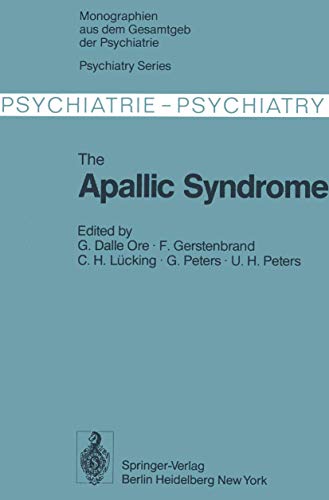 The subject of the apallic syndrome is one which has long been familiar to me, although I have not personally studied it as deeply as I would have wished. I became acquainted with this syndrome long before the last war, when my neurosurgical colleague Hugh Cairns (1952), made his pioneer contribution under the term "akinetic mutism" . This was an ar­ resting title, but it was one which did not altogether satisfy some of his colleagues, includ­ ing myself. We found it difficult to suggest an alternative. That is one reason why I wel­ come the expression "apallic syndrome" . Forensic practice has forced me from time to time to consider rather more deeply this distressing syndrome, and to try and marshal my ideas in a form which would satisfy my colleagues in the legal profession. More than once I have been instructed to make a medico­ legal assessment of these unfortunate patients. The points which have concerned my lawyer friends have not been matters of diagnosis, or of morbid anatomy, or of etiology. The fac­ tual problem which has been put before me was to make some approximate assessment as to the expectation of life. Vague guess-work is unacceptable in such circumstances. What the lawyers require is a precise and dogmatic answer.