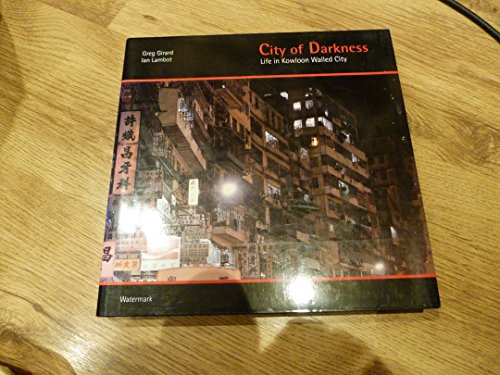 "City of Darkness" is a book about life in Kowloon Walled City, a book that is, in fact, about density. It documents life on a parallelogram covering only 2.7 hectares and with 350 buildings where 40,000 people lived and worked, crammed together like sardines in a tin. Just before the British government finaly gained permission in 1993 to demolish this little piece of China, the editors of the book visited 40 of its inhabitants. Interviews, essays and large colour photographs give a detailed history of this Chinese enclave. Dentists, a drug addict, shopkeepers, a maker of golf balls, a policeman, gangsters, people from the waterworks, a postman, a very old refugee, tailors, almost everyone you could imagine has something to say about life in this anarchy. The city offered them a sanctuary where they could circumvent the regulation and laws of Hong Kong's administration. Here, the aesthetics of density acquires a meaning that relates to the complexities of life (and survival) in a neo-cpitalist, neo-colonial Asian city. The editors of "City of Darkness" do not impress themslves on its contents. Like Musil they are searching for the identity of metropolitan life. Musil defines the city in terms of public space, movments and rituals. He sees the city as a place of flux and meetings set against a concrete backdrop. The streets in the Walled City are much more tumultuous than those in Lampugnani's book. The streets of the editors of "City of Darkness" are places of confrontation, congestion and ordered chaos. The Walled City may have been the last city where the figure of the flaneur had a right to exist, without being in danger of falling prey to rationalization or the car. In this city the flaneur escapes from superficial banality. In contrast to Lampugnani in Hong Kong, the flaneur is not a passive observer. The Walled City eludes the rationalizing that kills a city and takes away its mystery. Pinning down meanings is impossible in the Walled City, which makes it relatively easy for the authors of this book to be flaneurs. The Walled City no longer exists.