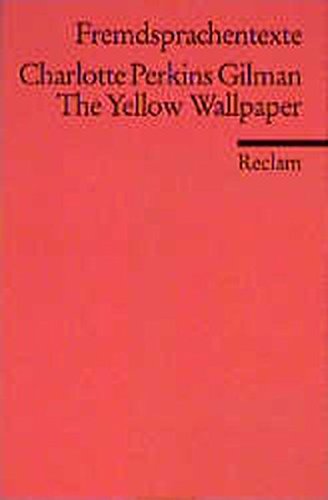 It is very seldom that mere ordinary people like John and myself secure ancestral halls for the summer. A colonial mansion, a hereditary estate, I would say a haunted house, and reach the height of romantic felicity—but that would be asking too much of fate! Still I will proudly declare that there is something queer about it. Else, why should it be let so cheaply? And why have stood so long untenanted? John laughs at me, of course, but one expects that in marriage. John is practical in the extreme. He has no patience with faith, an intense horror of superstition, and he scoffs openly at any talk of things not to be felt and seen and put down in figures. John is a physician, and PERHAPS—(I would not say it to a living soul, of course, but this is dead paper and a great relief to my mind)—PERHAPS that is one reason I do not get well faster. You see he does not believe I am sick! And what can one do?

Charlotte Perkins Gilman (1860-1935) was a prominent American sociologist, novelist, writer of short stories, poetry, and nonfiction, and a lecturer for social reform. She was a utopian feminist during a time when her accomplishments were exceptional for women, and she served as a role model for future generations of feminists because of her unorthodox concepts and lifestyle. Her best remembered work today is her semi-autobiographical short story, "The Yellow Wallpaper", which she wrote after a severe bout of post-partum depression.