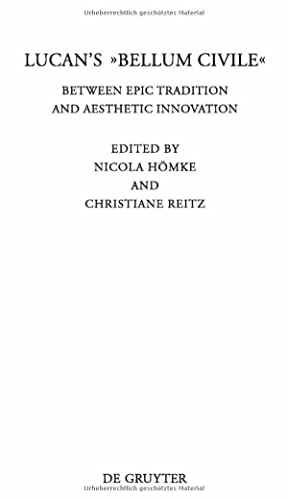 "In sum this is a useful resource on Lucan's epic. Those interested in Lucan's rhetoric, his Africa, or his Cato in particular will find a lot to think over here."Paul Roche in: BMCR 2011.05.13 "Overall, this is a strong collection; I learned something from nearly all the articles, and several are first rate."Gregory Hays in: Religious Studies Review 3/2010

Lucan's Bellum Civile is one of the most impressive and unusual works of Silver Age Latin literature, and has been the subject of much research in recent years. In this volume well-known experts on Lucan examine the poetological, narratological and stylistic techniques the author employed to write on the theme of civil war. The epic poem is at once both conforms to and exceeds the tradition of the genre, and confronts its readers with a new kind of aesthetic.