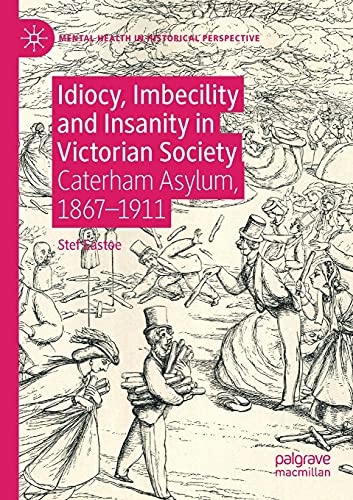 Buchbeschreibung Taschenbuch. Zustand: Neu. Druck auf Anfrage Neuware -This book explores the understudied history of the so-called 'incurables' in the Victorian period, the people identified as idiots, imbeciles and the weak-minded, as opposed to those thought to have curable conditions. It focuses on Caterham, England's first state imbecile asylum, and analyses its founding, purpose, character, and most importantly, its residents, innovatively recreating the biographies of these people. Created to relieve pressure on London's overcrowded workhouses, Caterham opened in September 1870. It was originally intended as a long-stay institution for the chronic and incurable insane paupers of the metropolis, more commonly referred to as idiots and imbeciles. This purpose instantly differentiates Caterham from the more familiar, and more researched, lunatic asylums, which were predicated on the notion of cure and restoration of the senses. Indeed Caterham, built following the welfare and sanitary reforms of the late 1860s, was an important feature of the Victorian institutional landscape, and it represented a shift in social, medical and political responsibility towards the care and management of idiot and imbecile paupers. 232 pp. Englisch. Artikel-Nr. 9783030273378