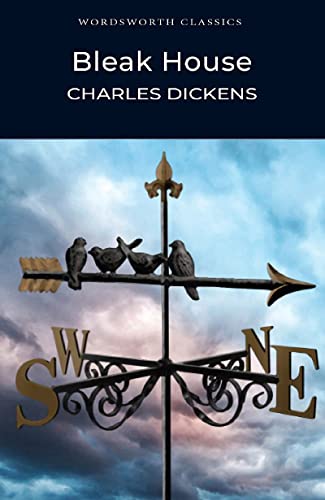 Bleak House, Dickens's most daring experiment in the narration of a complex plot, challenges the reader to make connections - -between the fashionable and the outcast, the beautiful and the ugly, the powerful and the victims. Nowhere in Dickens's later novels is his attack on an uncaring society more imaginatively embodied, but nowhere either is the mixture of comedy and angry satire more deftly managed.

Bleak House defies a single description. It is a mystery story, in which Esther Summerson discovers the truth about her birth and her unknown mother's tragic life. It is a murder story, which comes to a climax in a thrilling chase, led by one of the earliest detectives in English fiction, Inspector Bucket. And it is a fable about redemption, in which a bleak house is transformed by the resilience of human love.ABOUT THE SERIES: For over 100 years Oxford World's Classics has made available the widest range of literature from around the globe. Each affordable volume reflects Oxford's commitment to scholarship, providing the most accurate text plus a wealth of other valuable features, including expert introductions by leading authorities, helpful notes to clarify the text, up-to-date bibliographies for further study, and much more.

With an Introduction and Notes by Doreen Roberts, University of Kent at Canterbury. Illustrations by Hablot K. Browne (Phiz). Bleak House is one of Dickens' finest achievements, establishing his reputation as a serious and mature novelist, as well as a brilliant comic writer. It is at once a complex mystery story that fully engages the reader in the work of detection, and an unforgettable indictment of an indifferent society. Its representations of a great city's underworld, and of the law's corruption and delay, draw upon the author's personal knowledge and experience. But it is his symbolic art that projects these things in a vision that embraces black comedy, cosmic farce, and tragic ruin. In a unique creative experiment, Dickens divides the narrative between his heroine, Esther Summerson, who is psychologically interesting in her own right, and an unnamed narrator whose perspective both complements and challenges hers.

When The Posthumous Papers of the Pickwick Club, his first novel, was published, Charles Dickens (1812-1870) was just twenty-four. Published, like most of his books, in weekly instalments, it started him on a path to fame, wealth and international acclaim. Widely considered to be a literary genius second only to Shakespeare, Dickens' works, such as Great Expectations and A Christmas Carol, remain as popular as ever.