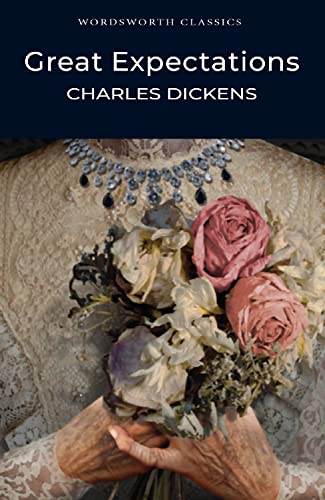 Considered by many to be Dickens' finest novel, Great Expectations traces the growth of the book's narrator, Philip Pirrip (Pip), from a boy of shallow dreams to a man with depth of character. From its famous dramatic opening on the bleak Kentish marshes, the story abounds with some of Dickens' most memorable characters. Among them are the kindly blacksmith Joe Gargery, the mysterious convict Abel Magwitch, the eccentric Miss Haversham and her beautiful ward Estella, Pip's good-hearted room-mate Herbert Pocket and the pompous Pumblechook. As Pip unravels the truth behind his own great expectations in his quest to become a gentleman, the mysteries of the past and the convolutions of fate through a series of thrilling adventures serve to steer him towards maturity and his most important discovery of all - the truth about himself.

unabridged, Naxos, GBP50) Maybe you should listen to this first to understand the impact it had on Mister Pip's pupils. Too bad they didn't hear Anton Lesser's version, though chances are if they had, it would have affected them even more powerfully. Lesser reads so many audiobooks - I've just finished his beautiful if soporific rendering of Rumi's Spiritual Verses - that you forget what a huge range his acting skills cover. This is the perfect vehicle for his array of voices, accents and characters...I'm bound to admit that Lesser makes him not only sympathetic but even likable. --Sue Arnold, The Guardian

With its meandering paragraphs, colourful character names, and engrossing plots, Charles Dickens's masterpiece is magical in the audiobook format. Anton Lesser's performance is especially notable for its blend of the traditional and contemporary. He captures young Pip's transformation from downtrodden lad to society gentleman with all the typical trappings of Dickens's atmosphere: precise accent, clipped diction, and mellifluous voice are gloriously present. However, Lesser's performance is also wonderfully modern in its pacing and phrasing. Where some narrators resort to fusty, passive vocals, wherein they allow Dickens to own the role, Lesser is fully involved and vivacious in each sentence, propelling the story continually forward. This version of a classic is bound to become a classic in its own right. --Audiofile

Kate Flint is University Lecturer in Victorian and Modern English Literature, and Fellow of Linacre College, Oxford. She is the author of several books, and the editor of Trollope's Can You Forgive Her and Woolf's Jacob's Room in World's Classics. Margaret Cardwell has edited The Mystery of Edwin Drood and Martin Chuzzlewit in World's Classics.