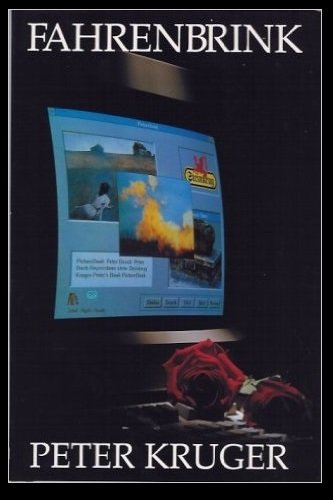 The content of Three Journeys Into The Labyrinth was fed into AI-based software, which searched the three stories for conceptually similar passages of text. This provided the basis for Fahrenbrink. One of the locations for the three stories, a deserted hotel in Germany, was used as a metaphor for the computer on which the software ran. The author is confined to the hotel and interrogated by key characters from the stories; again, a metaphor, but this time in respect of the computer instructions deconstructing the text. Fahrenbrink takes further the argument that online communication alters consciousness and suggests that it also challenges basic philosophical concepts, such as form and difference. The book predicts that, ultimately, only computers will be privy to any truth residing in the big data accumulating in networks.