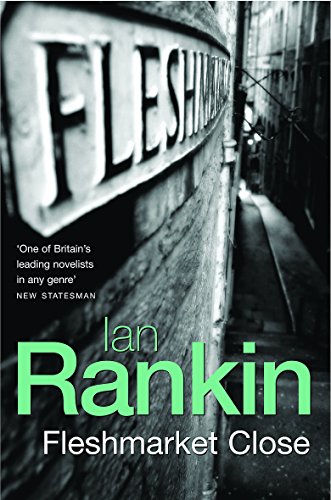 Of the new breed of crime writers, no one writes more gripping stories than Rankin; his imagination peopls Edinburgh the way Balzac's fantasy did Paris. The scenes which emerge...are the product of a troubling imagination and a probing intellect which uses the crime genre to examine aspects of life, especially contemporary Scottish life, that politicians prefer to ignore (Joseph Farrell TIMES LITERARY SUPPLEMENT)

Rankin at his best, recalling Dickens both in the vigour and ambition of their social portraiture and in their campaigning thrust (John Dugdale SUNDAY TIMES)

Rankin has clearly been grooming the enigmatic DS Siobhan Clarke to take over as hero, but the cynical old soak Rebus won't leave, which is good news for the reader...With author and characters on such good form, there is no need for Rebus to go quite yet (Marcel Berlins THE TIMES)

As always, Rankin proves himself the master of his own milieu. He brings the dark underside of Edinburgh deliciously to life.. Rankin never puts a foot wrong (Tom Kyle DAILY MAIL)

It's another Rebus novel you can't put down, and Rankin at his most powerful (CHOICE)

Ironic, exiting and immediate. The plot is resourceful; characterisation sharp; humour as unexpected as a rug jerked from under your feet. Despite the wear and tear, Rebus has never looked in better shape; a long, long way, I'd have thought, from retirement (Philip Oakes LITERARY REVIEW)

As ever, Rankin is superb (John Major MAIL ON SUNDAY - Christmas Books)

An illegal immigrant is found murdered in an Edinburgh housing scheme: a racist attack, or something else entirely? Rebus is drawn into the case, but has other problems: his old police station has closed for business, and his masters would rather he retire than stick around. But Rebus is the most stubborn of creatures. As Rebus investigates, he must visit an asylum-seekers' detention centre, deal with the sleazy Edinburgh underworld, and maybe even fall in love...Siobhan meanwhile has problems of her own. A teenager has disappeared from home and Siobhan is drawn into helping the family, which will mean travelling closer than is healthy towards the web of a convicted rapist. Then there's the small matter of the two skeletons - a woman and an infant - found buried beneath a concrete cellar floor in Fleshmarket Close. The scene begins to look like an elaborate stunt - but whose, and for what purpose? And how can it tie to the murder on the unforgiving housing-scheme known as Knoxland?

Buchbeschreibung Orion, 2004. Hardback in Dust Wrapper. Dust Wrapper over Black boards with Green titling to the Spine. 9˝" x 6Ľ". 399pp. | First Edition (First Printing). | For more photos or information, use the «Ask Bookseller» button and I'll be pleased to help. The book is in stock and ships from the rustic nirvana of Peasedown St. John, near Bath, England from a long-established bookseller - guaranteed by my reputation and the UK Distance Selling Act. Remember! BUYING THIS BOOK means my Jack Russells get their supper! Condition :: Very Good - in Very Good Dust Wrapper. Price Clipped. A little rubbing to the edges of the dust wrapper. Text complete, clean and tight. Artikel-Nr. 174773