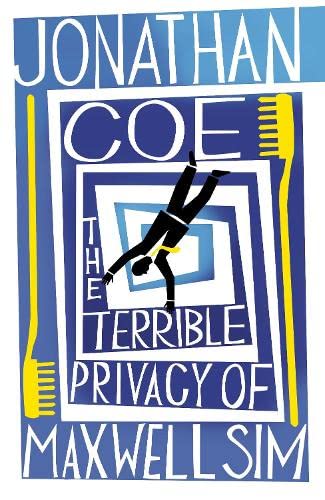 It takes real panache to write with such comedic ease; his pacing throughout is superb and delivers realististic dialogue, and, hence believable charcters ... Coe's sympathy for his creation is contagious (Robert Epstein Indpendent on Sunday)

Max is silly but he makes him more than a figure of ridicule. Instead, he understands him, shows us what it is to be ineloquent in company, to have bland tastes and a childlike need fot sameness, to not be very good at things. Through that understanding he gives us witty and tender humanity, and reminds us that while winners write the history, it is life's losers, such as Max, who have the best stories (Simon Baker Spectator)

Coe takes a risk in using the nerdish Sim as principal spokesman, but he carries it off by empathy, comedy and a venriloquist's ear for idiom. The conclusion to this fine novel, an ending in which Jonathan Coe himself plays a speaking part, is witty, unexpected and curiously unsettling (Pamela Norris Literary Review)

The Terrible Privacy is more intimate than Coe's previous novels. Coe may blackly satirise an atomised 21st-century Britain pockmarked by Travelodges and in thrall to the empty caress of instant messaging but this geographical and cultural hinterland is really a physical correlative for Sim's existential crisis (Claire Allfree Metro)

Coe's book is as funny and as well written as you'd expect: even the banality of Maxwell's mind is rendered deadpan, with wonderful lightness. It is archly and artfully structured, too; though I can't, without spoiling a plot that delivers revelations and switch backs in careful sequence, go deeply into how (Sam Leith Prospect Magazine)

Coe has always been a virtuoso of voice. He is the master of the kind of distinctively English comedy that has its roots in Fielding and Sterne (Jonathan Derbyshire New Statesman)

Maxwell Sim seems to have hit rock bottom. Estranged from his father, newly divorced, unable to communicate with his only daughter, he realizes that while he may have seventy-four friends on Facebook, there is nobody in the world with whom he can actually share his problems.
Then a business proposition comes his way - a strange exercise in corporate PR that will require him to spend a week driving from London to a remote retail outlet on the Shetland Isles. Setting out with an open mind, good intentions and a friendly voice on his SatNav for company, Maxwell finds that this journey soon takes a more serious turn, and carries him not only to the furthest point of the United Kingdom, but into some of the deepest and darkest corners of his own past.

In his sparkling and hugely enjoyable new book Jonathan Coe reinvents the picaresque novel for our time.