Halsall, Guy Warfare and Society in the Barbarian West 450-900 (Warfare and History) 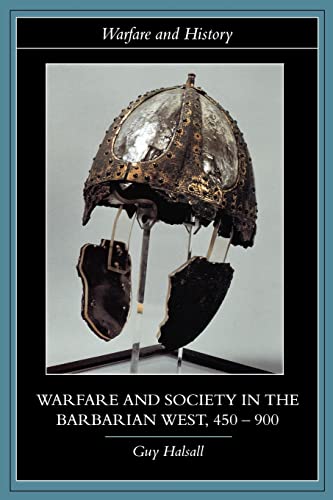 "Deals with the relationship of society and social order to military life, raising, equipping, and maintaining of armies, strategy and campaign planning, and the conduct and use of battle to attain political and military objectives. The extensive notes themselves provide considerable additional material of interest.." -New York Military Affairs Symposium Review, Autumn 2003

Guy Halsall relates warfare to many aspects of medieval life, economy, society and politics.This book recovers its distinctiveness, looking at warfare in a rounded context in the British Isles and Western Europe between the end of the Roman Empire and the break-up of the Carolingian Empire.

Examining the raising and organization of early medieval armies and looks at the conduct of campaigns, the survey also includes a study of the equipment of warriors and the horrific experience of battle as well as an analysis of medieval fortifications and siege warfare.

Warfare and Society in the Barbarian West uses historical and archaeological evidence in a rigorous and sophisticated fashion. It stresses regional variations but also places Anglo-Saxon England in the mainstream of the military developments in this era, and in the process, provides an outstanding resource for students of all levels.