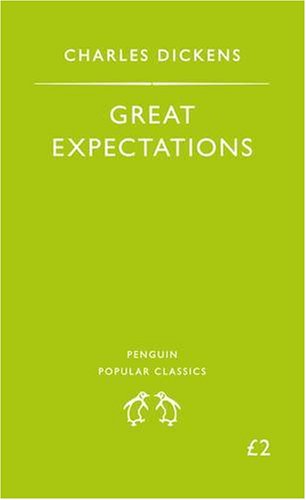 Pip doesn't expect much from life...

His sister makes it clear that her orphaned little brother is nothing but a burden on her. But suddenly things begin to change. Pip's narrow existence is blown apart when he finds an escaped criminal, is summoned to visit a mysterious old woman and meets the icy beauty Estella. Most astoundingly of all, an anonymous person gives him money to begin a new life in London.

Are these events as random as they seem? Or does Pip's fate hang on a series of coincidences he could never have expected?

Charles Dickens was born at Portsmouth on 7 February 1812. He received little formal education, but taught himself shorthand and became a reporter of parliamentary debates for the Morning Chronicle. He began to publish sketches in various periodicals, which were subsequently republished as Sketches by Boz. The Pickwick Papers were published in 1836–7 and after a slow start became a publishing phenomenon and Dickens's characters the centre of a popular cult. He began Oliver Twist in 1837, followed by Nicholas Nickleby (1838) and The Old Curiosity Shop (1840–41).After finishing Barnaby Rudge (1841) Dickens set off for America; he went full of enthusiasm for the young republic but, in spite of a triumphant reception, he returned disillusioned. His experiences are recorded in American Notes (1842). Martin Chuzzlewit (1843–4) did not repeat its predecessors' success but this was quickly redressed by the huge popularity of the Christmas Books, of which the first, A Christmas Carol, appeared in 1843. During 1844–6 Dickens travelled abroad and he began Dombey and Son while in Switzerland. This and David Copperfield (1849–50) were more serious in theme and more carefully planned than his early novels. In later works, such as Bleak House (1853) and Little Dorrit (1857), Dickens's social criticism became more radical and his comedy more savage. Charles Dickens died on 9 June 1870.