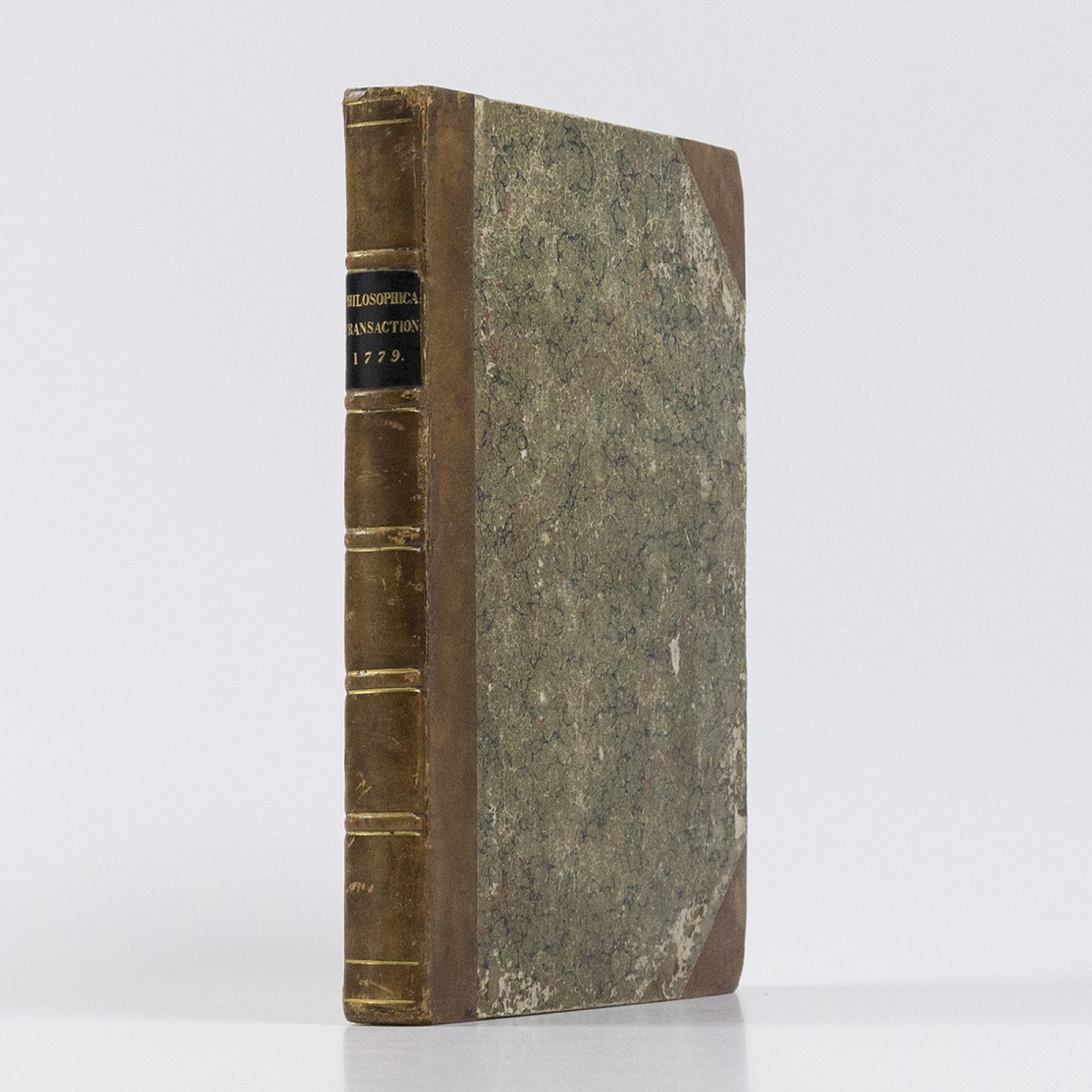 Account of the organs of speech of the orang outang. [Philosophical Transactions, 1779 Part I].

London, The Royal Society, 1779. 4to (25.5 x 19.7 cm). 21 pp., one large, double-folded engraved plate. Contemporary half calf over marbled boards. Spine with five gilt-bordered raised bands. Black morocco label with gilt title. All edges speckled red. Important contribution to the knowledge of primate anatomy and the origin of speech. The Dutch medical doctor, anatomist, zoologist, and palaeontologist Petrus Camper (1722-1789) studied the orang-utan (literally "wood man") from the East Indies in order to prove that it was not the same animal known from Africa under that name, and to establish why the orang, so close to man, was not able to speak. Contained in Part I, of the 1779 Philosophical Transactions, together with 20 unrelated papers, including a mathematical paper by Edward Waring, a paper by John Fothergill, On a Cure of St. Vitus's Dance by Electricity, and several astronomical contributions communicated by Nevil Maskelyne. Light rubbing to the boards, small spot to the outer edge, otherwise a very good, clean copy. Nissen ZBI, 800 [for the Dutch edition]. Artikel-Nr.: 65331. 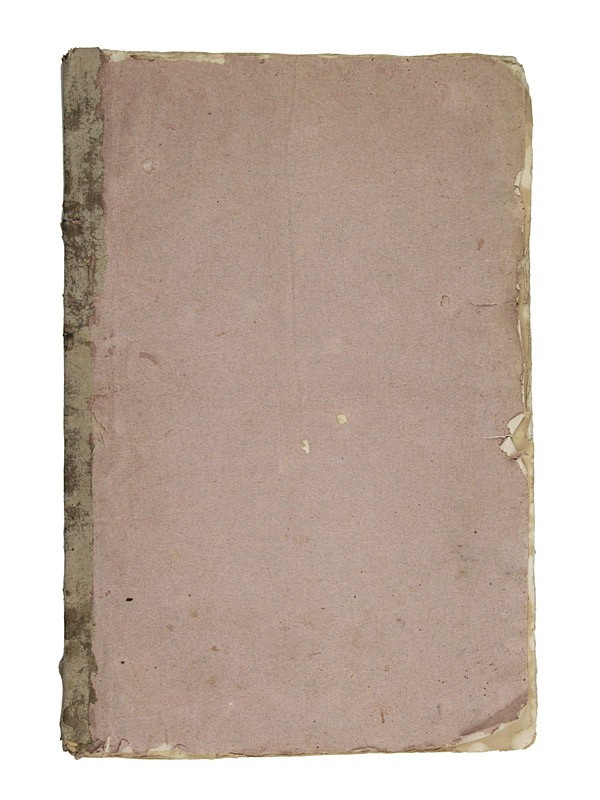 Paris, Theodore Dabo, 1803. Folio (46.0 x 31.0 cm) with one fine engraved portrait by B. Roger and 34 engraved plates. Original blind wrappers. Rare atlas to this important comparative anatomical monograph by the Dutch physician, anatomist, zoologist, and palaeontologist Petrus Camper (1722-1789) on apes and, particularly, on elephants, manatees, and horses, with some unusual, if not original, views (e.g. the elephant, from below). Also covers frogs, etc. Another novel idea in comparative zoology is the juxtaposition, with the spine as centre, of a human and a horse. "One of the first scholar to study comparative anatomy, Petrus Camper demonstrated the principle of correlation in all organisms by the mechanical exercise he called a 'metamorphosis'. In his 1778 lecture, 'On the points of similarity between the human species, quadrupeds, birds, and fish; with rules for drawing, founded on this similarity,' he metamorphosed a horse into a human being, thus showing the similarity between all vertebrates." (Wikipedia). The plates are by C. Picquenot. Wrapper's edges rather tattered. Plates uncut, some light spotting to a few plates. A good copy. Nissen ZBI, 796. Not in Wood. Artikel-Nr.: 44235.

Publiée par son fils, A.G. Camper. Paris, H.J. Jansen, 1802. Folio (530 x 350mm). pp. xii, 108, with engraved portrait (of P. Camper) and 20 engraved plates. Later cloth. Pieter Camper (Leiden 1722 - The Hague 1789), the known Dutch physician, was not only an able naturalist but also a gifted draughtsman, who did all illustrations for the above offered work himself. A classic description of the anatomy of the elephant. "Camper was highly esteemed in the scientific world, as is shown by his membership in most learned societies of western Europe. His comprehensive knowledge, his inquiring mind, his industry in research and in writing, and his skill in graphic arts procured him a well-merited fame attained by few other contemporary scientists" (DSB). Dampstaining at the beginning of the book and lower outer corner of the first 11 pages torn.Nissen ZBI, 798. Artikel-Nr.: 9783.

Düsseldorf, bei J.C. Danzer, 1791. 4to (253 x 205mm). pp. 224, with 9 folded engraved plates. Contemporary calf, floral gilt spine with 2 labels. First German edition of the first dissection of the Orang-Utan. "Camper procured as many specimens as he could possibly get of the orang-utan, at that time extremely rare in Europe, and he not only dissected a number of them, but closely studied a live specimen. As a result of especially careful investigations into the musculature of the extremities and the structure of the larynx, he proved conclusively that the animal is unable to walk upright" (Nordenskiöld). Pieter Camper (1722-1789) was one of the most famous 18th century Dutch physicians. Small circular stamps on verso of title. A fine copy.Nissen ZBI, 800. Artikel-Nr.: 7708.