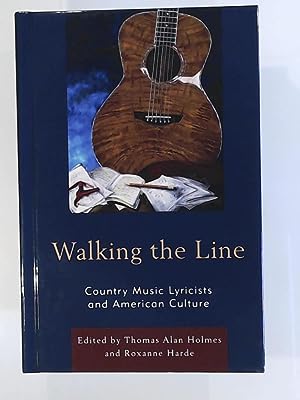 This book presents 14 essays, by a variety contributors, about 15 country-music lyricists. The order is roughly chronological, starting with Jimmie Rodgers and ending with Steve Earle. Though excerpts from the subjects' lyrics are quoted, complete lyrics are not provided. Instead, the contributors discuss the lyricists' works in their cultural context. It is common for country artists to perform songs that others wrote for them, but, interestingly, most of these essays concern lyrics that well-known artists such as Hank Williams, Merle Haggard, Loretta Lynn, and Willie Nelson wrote, performed, and popularized themselves. The exception is Cindy Walker, who was extremely successful as a lyricist but little known as a performer. Most of the essayists, including Holmes and Harde, are professors of or specialists in English and history rather than music. It is thus understandable that their discussions focus on topics such as the dominant culture, regional history, and religious views that shaped the lyricists, without delving into matters of musical style. This book is suitable for for anyone interested in American popular music and popular culture. Summing Up: Recommended. Upper-division undergraduates through faculty. * CHOICE * Songs are the children of songwriters and, though each song carries the songwriter's gene, each song-like each child-is an individual all its own. In this remarkable collection of essays, a group of writers examine songwriters and their songs; how they are born, nurtured and grow from a child to an independent adult. Walking the Line profiles songwriters and their offspring in a way that is intelligent, thoughtful, instructive, heart-felt, deep and long-lasting-just like a great song. -- Don Cusic, Belmont University Like Dolly Parton's 'Coat of Many Colors', these diverse essays are carefully stitched together by Holmes and Harde to form a many-hued portrait of the lyrics and cultural meaning in country music song writing. As the collection clearly demonstrates, the best songwriters, many times social outsiders themselves, are more likely to color outside the cultural lines of their collective audience than to acquiesce to traditional themes and beliefs. An important addition to the collective knowledge of cultural creation and easily the best such collection since Tichi's Reading Country Music. -- George Lewis, University of the Pacific