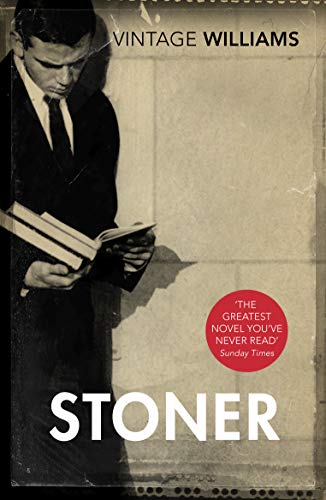 "It's simply a novel about a guy who goes to college and becomes a teacher. But its one of the most fascinating things that you've ever come across" (Tom Hanks Time)

"I was stunned by it... beautifully written in simple but brilliant prose, a novel of an ordinary life, an examination of a quiet tragedy, the work of a great but little-known writer" (Guardian)

"One of the great forgotten novels of the past century. I have bought at least 50 copies of it in the past few years, using it as a gift for friends. It is universally adored by writers and readers alike...so beautifully paced and cadenced that it deserves the status of classic" (Guardian)

"Something rarer than a great novel -- it is a perfect novel, so well told and beautifully written, so deeply moving, that it takes your breath away...few stories this sad could be so secretly triumphant, or so exhilarating." (New York Times)

"A beautiful and moving novel, as sweeping, intimate and mysterious as life itself" (Geoff Dyer)

"The most extraordinary work of fiction I've read in a long time... If you're looking for a book that's simple and subtle, warmly human and at the same time utterly pitiless in his rendition of the vicissitudes of an ordinary existence, here's one you will read again and again" (New Statesman)