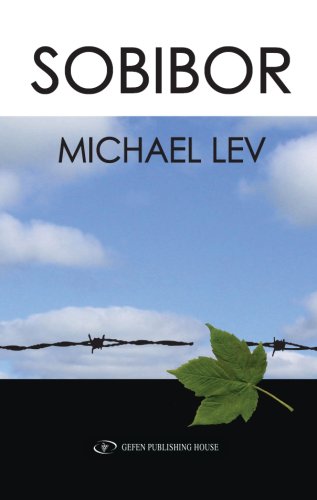 Sobibor traces the life of Berek (later Bernard) Schlesinger from his Polish shtetl childhood to his life during the Holocaust – hiding in the woods, finding refuge with non-Jews, confinement in Sobibor, escape during the uprising, working with partisans’ documents. A physician after the war, he follows a relentless, unfulfilled pursuit of retribution for Nazi war criminals through the courts. The Sobibor uprising and its leaders, Alexander Pechersky, are pivotal to the novel. The author, Michael Lev, a product of Soviet Jewish culture, avoids loud rhetoric and heroic pathos, keeping the narration within the limits of realism. A flowing, masterful read.

Michael Lev was born in 1917 in the Ukraine. He studied Yiddish language and literature in Moscow, and worked at a Yiddish publishing house, where his first publications appeared. During World War II Lev fought in the Russian army, was taken prisoner, escaped, and joined the partisans. His wartime experiences became the main theme of his writings. He has published 17 books in Yiddish, Russian and Hebrew.