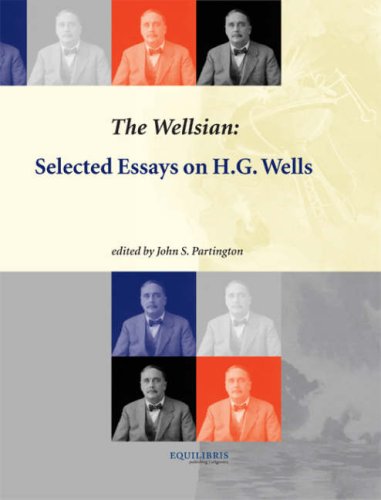 In 'The Wellsian: Selected Essays on H.G. Wells', John S. Partington brings together a selection of the finest articles published in The Wellsian, the journal of the H.G. Wells Society, from 1981 to the present. The volume covers a wide breadth of Wells's work and thought, with essays from Lyman Tower Sargent on utopianism, Patrick Parrinder on The Time Machine, David Lake's textual analysis of the scientific romances, Michael Sherborne on Wells and Plato, and many others. With The Time Machine, The Island of Doctor Moreau, The War of the Worlds, The Sea Lady, The Food of the Gods and The Door in the Wall all receiving detailed attention, this volume promises to be a worthy memorial to the first twenty-five years of The Wellsian. As well as celebrating Wells's greatest literary achievements, it explores the philosophical basis of his thought and, through several comparative studies, takes an interdisciplinary approach to his aesthetic concerns.

The Times Literary Supplement:"Cherry-picked from the Wellsian"Professor W. Warren Wagar, Emeritus Professor of History, State University New York: "I bought a copy of the anthology of articles from The Wellsian directly from Equilibris and was much impressed not only by the contents but also by the sheer handsomeness of the volume. Equilibris is clearly a serious professional house."Dr. J.R. Hammond, President of The H.G. Wells Society: "I am really impressed with the book. It is most attractively printed and produced, and is a credit to all concerned."Professor Patrick Parrinder: "The Wellsian book is splendid - very well edited and produced - congratulations!"