Verwandte Artikel zu The Last Pagans of Iraq: Ibn Waḥshiyya and His... 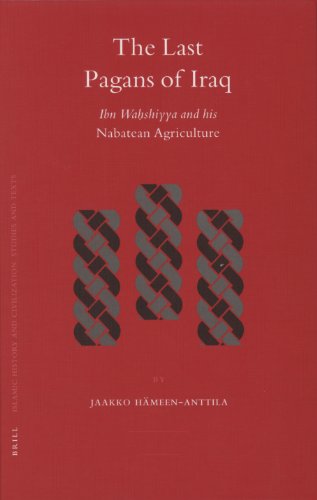 This is the first analysis in any language of the religious, philosophical and folkloristic content of Ibn Wahshiyya's (d. 931) Nabatean Agriculture. This enigmatic book, said to have been translated by Ibn Wahshiyya from Syriac into Arabic, contains much material on Late Antique Paganism in Iraq and semi-learned reception of Greek philosophical thought. The first part of the present book studies the question of authenticity, authorship and context of the Nabatean Agriculture, dated by the author to around 600 AD. The second part consists of 61 translated and annotated excerpts of the Nabatean Agriculture, until now available only in the Arabic original, as well as introductions to the world view of the text.

Jaakko Hameen-Anttila, Ph.D. (1994) University of Helsinki, is professor of Arabic and Islamic Studies at Helsinki University. He has published extensively on Mediaeval Arabic literature and culture. His latest monograph is Maqama. A History of a Genre (Harrassowitz 2002).