Fashion at the time of fascism: Italian Modernist Lifestyle 1922-1943

Fashion at the time of fascism: Italian Modernist Lifestyle 1922-1943 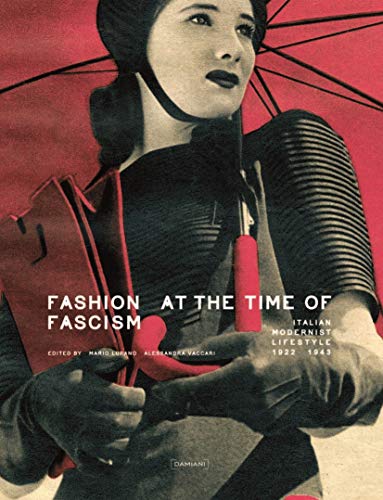 The first visual essay on fashion and modernism in fascist Italy. Drawn up in a fascinating and original manner the book investigates the active role of fashion in the affirmation of a modern aesthetic, between processes of spreading international culture and the visions induced by the regime. The result of wide ranging research, Fashion at the Time of Fascism explores and compares a broad variety of Italian sources: women's magazines, fashion magazines, cinema and society life, exhibition and commercial catalogues, books and magazines on dressmaking techniques, design and architecture, plus publications by businesses and government departments. The book is a close-knit montage of images and texts that follow the rhythms and rituals of lifestyles in the modern Italian day, developed around four key concepts: Measurement, Model, Mark and Parade. From obsession with the exact measurement of bodies, garments and time to the creation of icons and models of modernity ; from the construction of a national fashion system to the spectacular dimension of fashion shows and fascist rituals. An outline of the key figures and the fundamental steps of Italian fashion from the 1920s to the early 1940s, the crucial themes of modernism and the relationship between glamour and the fascist regime's choreographies. Fashion at the Time of Fascism includes a selection of texts by authors of the day and a wide variety of original critical contributions dealing with and contextualising the course of iconographic development.

The first visual history of Modernist Italian fashion during Benito Mussolini's Fascist regime, and the product of immense research, "Fashion at the Time of Fascism" charts the fashion industry's ambivalent negotiation of international couture and the bizarre dictates of Fascism, and the legacy of this era in shaping today's fashion industry. Authors Mario Lupano and Alessandra Vaccari explore and compare a huge range of forgotten archival sources, such as women's glossies, fashion, film and gossip magazines, photo archives, exhibition and commercial catalogues, books, manuals and magazines on tailoring, dressmaking, design and architecture, and corporate and government journals. This abundance of materials is presented in a fluid sequence of image and text that charts the rhythms, rituals and lifestyles of the typical Italian day through the four basic themes of "Measurements," "Model," "Brand" and "Parade." Each section includes texts that highlight the key figures and phases in Italian fashion, from the 1920s to the early 1940s, juxtaposing them with Modernism's broader salient themes and emphasizing the conscious use of glamour in the regime's super-choreographed portrayal of itself. "Fashion at the Time of Fascism" is further enriched by a thorough iconographic index and a detailed reference list, making the volume a revelation for both general readers and scholars.