Verwandte Artikel zu Rex Insularum: The King of Norway and His 'skattlands... 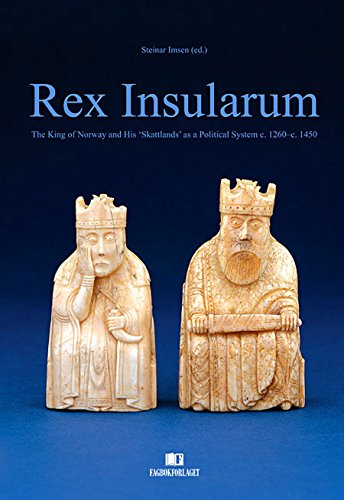 This book encompasses the results of the transnational project 'The Realm of Norway and Its Dependencies as a Political System c. 1250-1450,' financed by the Research Council of Norway. Known in Norwegian historiography as 'Norgesveldet,' the realm consisted of the mainland Norwegian kingdom and a range of island communities at Scotland's northern and western seaboards, as well as the Faeroes, Iceland, and Greenland. Within this national historiographic tradition, 'Norgesveldet' is often portrayed as a kind of Norwegian empire. The aim of the project has been to elucidate the relationship between Norwegian kingship and the Crown's 'tributary lands' in the west and the ways in which kingship influenced socio-political developments at the margins of the realm. The Scandinavian frontiers, which were never fully integrated into Norway during the Middle Ages, have also figured into the project. Attention is focused on the period after c. 1260, when the Norwegian monarchy was reconstituted as a state-like institution encompassing all the king's lands and dominions. The axial themes of the book are the degree to which the kingship succeeded in its enterprises and the ways in which the state development process transpired in the tributary lands and frontier provinces. Working from the contention that 'Norgesveldet' never developed as a Norwegian empire, Rex Insularum refers to 'the realm of Norway and its dependencies' as the Norwegian king's 'insular realm.' In doing so, the book challenges the Norwegian national tradition, because communities at the margins of the realm were later enveloped in other kingdoms and developing states in the British Isles and Scandinavia. *** "Recommended." -- Choice, Vol. 53, No. 2, October 2015 *** "Beautifully illustrated....outstanding scholarship.... Impressively accessible and deftly organized with thoroughly 'reader friendly' commentaries..." -- Midwest Book Review, Reviewer's BookWatch: December 2015, Logan's Bookshelf *** "This attractive volume provides a thorough review of the Norwegian kingdom and its 'dependencies' in the late Middle Ages. ...an exciting book, full of new research.... The thirty-nine detailed maps are an additional bonus, showing the level of research that has gone into the volume, as these in themselves contain large amounts of information often collected from primary sources." -- Speculum (91/3) issue, July 2016 [Subject: History, Medieval Studies, Norwegian Studies]