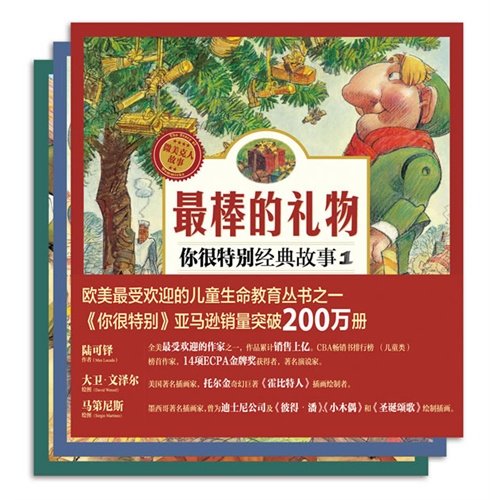 One morning the people of Wemmicksville wake up to discover that they've all received gifts. Punchinello opens his gift to find a hammer; Lucia receives a paintbrush and set of paints; and Hans, the baker, gets a spoon. Nobody knows who sent the gifts, but each Wemmick receives the perfect gift: Punchinello likes to build, Lucia loves to paint, and Hans enjoys cooking.

When a family of Wemmicks needs help to reach Eli the woodcarver, Punchinello and his friends try to come to their aid. Unfortunately, nothing they do seems to work. Only when they realize that Eli gave them each a special gift are they able to use those gifts to make a difference.

This story will show kids how God has given them a special gift they can use to serve Him.

Max Lucado is a best-selling inspirational author and speaker, and a minister of preaching at Oak Hills Church in San Antonio, Texas. His award-winning books have been translated into more than 41 languages and have occupied spots on every major national bestseller list. Over the years, Lucado has been featured in countless national media outlets, dubbed "America's Pastor" by Reader's Digest and Christianity Today, and even named one of the most influential leaders in social media by the New York Times. His books include You Are Special, If Only I Had a Green Nose, and The Boy and the Ocean.

David Wenzel received a BFA from Hartford Art School and has been illustrating professionally for nearly thirty years. He is recognized for illustrating the graphic novel adaptation of J. R. R. Tolkien's The Hobbit, as well as numerous other children's materials.