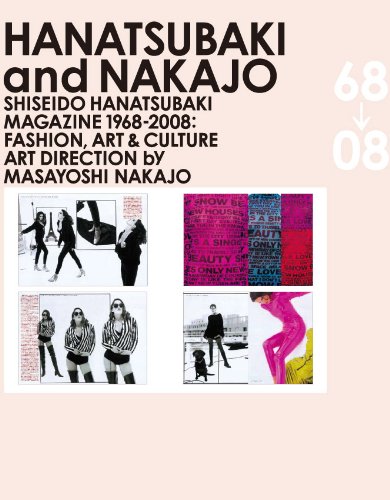 Hanatsubaki is a special, limited-edition magazine that Shiseido, the cosmetics giant, publishes monthly exclusively for its customers. Ever since it began in 1937, this highly sought-after magazine has taken the lead when it comes to Japanese art, fashion and culture, in both its influence and reach. The quality of its design and the content of its pages has inspired designers and other creative professionals for generations. Incredibly, for the past forty years this great magazine has been the brainchild almost completely of Masayoshi Nakajo, the universally recognized art director and graphic designer. This award-winning, seventy-five-year-old professional is still art directing the magazine. Like a great symphony orchestra conductor, Nakajo gathers the best in the field, and through his direction, he inspires these players to create a magazine that is harmonious and provocative at the same time. Nakajo has selected the best of the best for this book, featuring a revealing look at Japanese fashion, art, and culture over the last four decades.

Masayoshi Nakajo graduated from Tokyo University of Art and established his firm in 1961. He has won several awards, including the Book Design Award by Kodansha and the award of the ministry of the economy at the National Calendar Awards. His projects include shop designs, such as the Ginza by Shiseido, as well as numerous graphic works.