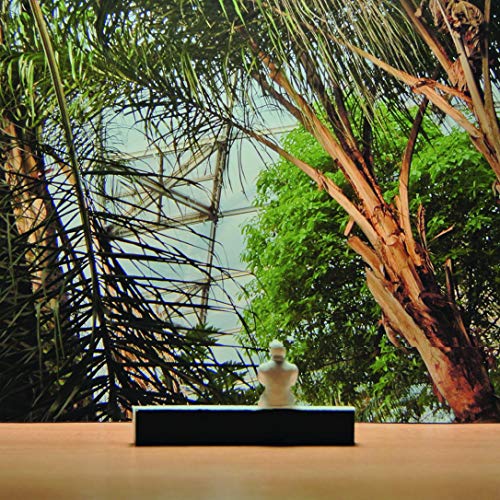 The fact that the entire history of culture and technology could represent a single, continuous expulsion of mankind from the original, paradiese state of nature was already described visionarilyin the Bible and predicted with all its positive and negative consequences. Everyone knows the story of Adam and Eve, of their 'Fall' and their 'Expulsion from Paradise'. Even as a non-Christian it is worth taking a look at the fairytale-like-mythic text of the Old Testament, although the picture and the process completely contradict our current scientific findings. One would almost be inclined to assume that the idea of a primeval paradise is innate in all human beings and that every human being with his becoming, his birth, his childhood and his adulthood experiences something like a Genesis. He is born innocent and helpless, wakes up, looks around, believes to be free, gets to know his time, his surroundings, his life. The final expulsion of every human being from life is his death. He is a sentenced to death. Despite all religious promises, man has always been aware of this fact, also of the fact that he has only this one life and that he ultimately cannot count on the hope that beyond this life there is something that could be called 'salvation', a happy return to the Garden of Eden. As the book shows with numerous, primarily European examples, the history of man is therefore full of efforts to regain here and now the lost paradise, no matter how precarious the result may be. In search of the lost paradises: a somewhat unusual history of man in his relationship to nature, followed by a description of the current state of landscape planning and garden design. In the third, concluding part of the book, the author develops new, strangely surreal and poetic concepts of the treatment of nature, inspired by literature, film, theatre and tourism.Hans Dieter Schaal, born in Ulm in 1943, is an architect, landscape architect, stage designer and exhibition designer. His works, the majority of which have been published by the Axel MengesEdition, have meanwhile reached an audience far beyond his in my homeland. The author lives and works in a village near Biberach an der Riss.

Hans Dieter Schaal is a stage designer, architect, landscape designer, philosopher and utopian rolled into one. His works, most of which were published by Edition Axel Menges, have in the mean time found an audience not only in his home country, but throughout the world. The author lives and works in Attenweiler near Biberach (Riss).