Verwandte Artikel zu The origin and political history of Abasamia

Obura Sande Josephat The origin and political history of Abasamia

The origin and political history of Abasamia 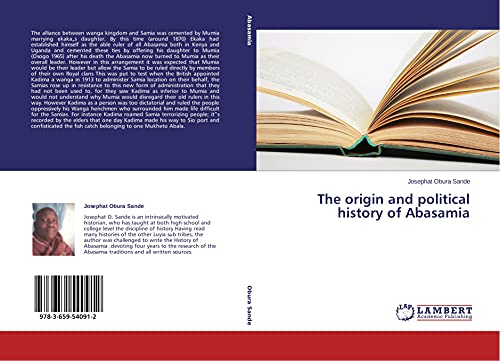 The alliance between wanga kingdom and Samia was cemented by Mumia marrying ekaka„s daughter. By this time (around 1870) Ekaka had established himself as the able ruler of all Abasamia both in Kenya and Uganda and cemented these ties by offering his daughter to Mumia (Osogo 1965) after his death the Abasamia now turned to Mumia as their overall leader. However in this arrangement it was expected that Mumia would be their leader but allow the Samia to be ruled directly by members of their own Royal clans This was put to test when the British appointed Kadima a wanga in 1913 to administer Samia location on their behalf, the Samias rose up in resistance to this new form of administration that they had not been used to, for they saw Kadima as inferior to Mumia and would not understand why Mumia would disregard their old rulers in this way. However Kadima as a person was too dictatorial and ruled the people oppressively his Wanga henchmen who surrounded him made life difficult for the Samias. For instance Kadima roamed Samia terrorizing people; it‟s recorded by the elders that one day Kadima made his way to Sio port and confisticated the fish catch belonging to one Mukheto Abala.

Josephat O. Sande is an intrinsically motivated historian, who has taught at both high school and college level the discipline of history.Having read many histories of the other Luyia sub tribes, the author was challenged to write the History of Abasamia ,devoting four years to the research of the Abasamia traditions and all written sources.