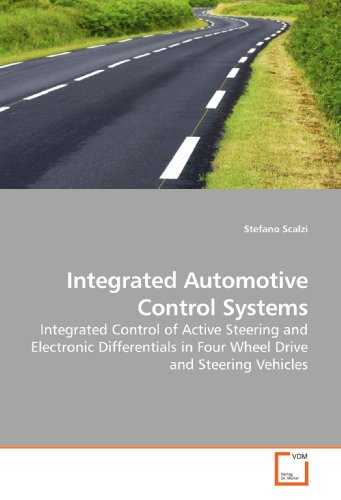 There are a lot of motivations to make research in the automotive field: safety, comfort, performance and other related issues. Vehicle Safety Technology (VST) is a term used by the automotive industry applied to technologies focused on ensuring safety and performance of vehicle. Analyzing the overall driver task we may observe that it is non trivial from a control viewpoint: the driver directly controls only one state variable (or one combination of them) by the front steering angle (the yaw rate when he is negotiating a turn or the lateral deviation, which is directly related to the lateral speed, when he is performing an overtaking); the lateral speed steady state value changes with longitudinal speed; the lateral speed transfer function is minimum-phase at low speed and non minimum-phase at medium and high speed; moreover poorly damped oscillatory modes at high speed can induce resonances when drivers are inexperienced. Many electronics control systems are introduced with the goal of safety; for this reason in this book the attention is focused on the design of integrated chassis control systems.

was born in Rome, Italy, in 1979. He received the degree in Automation Engineering at the Univ. of Rome Tor Vergata in 2004. In 2005 he attended the master in Racing Car Engineer He received the PhD degree in Sensory and Learning Systems in 2008. In 2006 he worked in Ferrari (road tests). Currently he is working at LIVIC, France.