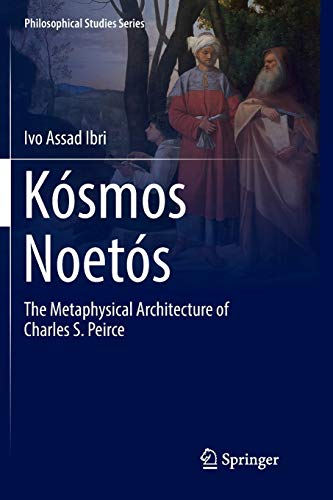 Buchbeschreibung Taschenbuch. Zustand: Neu. Druck auf Anfrage Neuware -This pioneering book presents a reconstitution of Charles Sanders Peirce philosophical system as a coherent architecture of concepts that form a unified theory of reality. Historically, the majority of Peircean scholars adopted a thematic approach to study isolated topics such as semiotics and pragmatism without taking into account the author's broader philosophical framework, which led to a poor and fragmented understanding of Peirce's work. In this volume, professor Ivo Assad Ibri, past president of The Charles Sanders Peirce Society and a leading figure in the Brazilian community of Peircean scholars, adopts a systemic approach to Peirce's thought and presents Peirce's scientific metaphysics as a deep ontological architecture based on a semiotic logic and on pragmatism as criteria of meaning. Originally published in Portuguese, this book became a classic among Brazilian Peircean scholars by presenting a conceptual matrix capable of providing a clear reference system to ground the thematic studies into the broader Peircean system. Now translated to English, this reviewed, amplified and updated edition aims to make this contributions available to the international community of Peircean scholars and to serve as a tool to understand Peirce's work in a more systemic way by integrating concepts such asexperience,phenomenon,existenceandreality, as well as theories such asChance,Continuity,Objective Idealism,CosmologyandPragmatism, in a coherent system that reveals Peirce's complex metaphysical architecture.'As the philosophical reputation of Charles S. Peirce continues to rise to first-tier prominence in the history of American philosophy, Ivo Ibri's Kósmos Noetós assumes a unique status in both a pioneering and a magisterial work of transcontinental Peirce scholarship. This original work of this internationally renowned scholar and editor, and Professor of Philosophy at the Pontifical Catholic University of San Paulo, penetrates to the heart of Peirce's architectonic system of phenomenological, metaphysical, and semiotic categories which heuristically characterize our world as 'a universe perfused with signs.' Ibri's own synergistic commentary on the radiating registers of Peirce's cosmogonically and pragmatistically conceived 'one intelligible theory of the universe' also instructively contributes to the illumination of significant nodes of interface with a range of relevant theoretical trends in the contemporary academy; as well, it places Peirce in the company of such thinkers as Plato, Aristotle, Plotinus, Kant, and Schelling who preceded Peirce in providing a legacy of first-tier reasoning on our intelligibly developing world. Kosmos Noetos impresses as Ibri's pure, lucid, passionately thought-loving, philosophical articulation of his own and as the indispensable prolegomena to all future Peirce studies.' David Dilworth, State University of New York at Stone Brook - USA'Ivo Ibri has offered us in this exquisite work a framing of the inner logic of Charles S. Peirce's core metaphysical vision and its existential implications. It is a deep and nuanced exploration of the internal dynamics of Peirce's central metaphysical categories, developed through rigorous and detailed attention to the evolution of Peirce's thought on the 'vitally important topics' of the appearing, the reality, and the intelligibility of the world. The two-leveled format of the book, an intricate weaving of Peirce's texts and discursive elaboration and linkage by Ibri, gives it a distinctive feel and is the bedrock of its value. The book is a remarkable combination of presentation and analysis. It is informed by Ibri's deep philosophical culture and is a gentle and convincing argument for the centrality of metaphysics in u 140 pp. Englisch. Artikel-Nr. 9783319882161