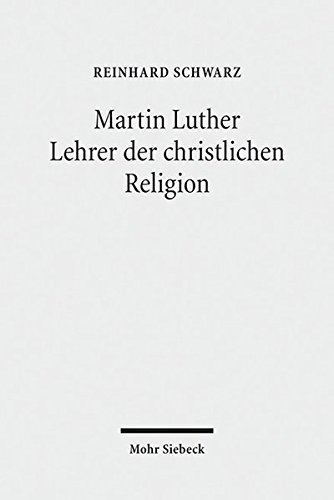 Luther states that the essence of the Christian religion is to be found in the comprehensive context of the New Testament: the life of Christ was centered in his sermon about God's unconditioned forgiveness of all sins. After his crucifixion and resurrection Christ himself becomes the subject of the apostles' sermon about the Messiah, through whom God's salvation is transformed into historical reality for everyone. Reinhard Schwarz shows that the three elements death, sin and law determine the fate of mankind as estrangement from God, from which only the gospel liberates. In their own heart and consciousness, the Christians can experience liberation. Therefore the Christian faith is not regarded as an act of cognition which would need to be supplied by the virtue of piety. Rather by trusting the message of the gospel, the freedom to boundless charity is granted.