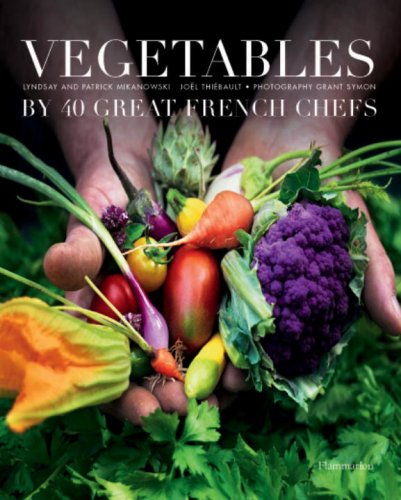 Vegetables by Thirty-Six Great French Chefs opens with a vegetable patch tour featuring JoŠl ThiÕbault, a respected French farmer who delivers his eye-popping produce to the doorsteps of prominent foodies such as American-in-Paris cookbook author Patricia Wells and triple-Michelin-starred chef Pierre Gagnaire. Alongside tips for growing produce and selecting the best vegetables at market, JoŠl divulges the history and nutritional properties of the featured vegetables. Thirty-six of Europes most prominent chefs showcase exclusive recipes that are sure to make even the most resilient vegetable snubber sit up straight and reach for a fork.The chefsincluding Paris-Tokyo pastry god Pierre HermÕ; LArpÒges elegant Alain Passard; heir to his familys culinary throne, Michel Troisgros; and the grande dame of Parisian cuisine, HÕlÒne Darroze create satisfying and delectable gourmet recipes using a wealth of ingredients, from spinach and broccoli to rhubarb and sweet peas, from leeks and beets to fennel and artichokes.

Patrick Mikanowski, an international food development and advertising consultant, is passionate about flavors. He trained as an art director and has traveled the world, meeting chefs and seeking out the best in food. He is the author of Uncooked, Tomate, and Patate, which was awarded Cookbook of the Year at the Gourmet Media World Festival. Lyndsay Mikanowski is a landscape designer with a university background in history, sociology, and anthropology. She is the coauthor of Uncooked, Tomate, and Patate. Grant Symon, a photographer from Scotland, is a specialist in advertising and design. His cover for Uncooked won the award for "Best Cookbook Cover" at the World Cookbook Awards in 2004.