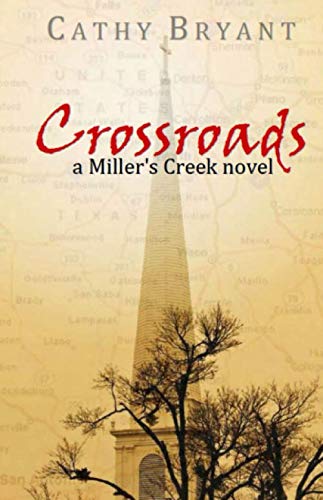 
A bitter single mom denies God's existence until... What will it take to bring her back around?


After a devastating divorce, a bitter single mom and atheist starts her own real estate company in the nostalgic and picturesque town of Miller’s Creek, Texas. Then her young daughter’s disturbing symptoms lead doctors to discover that her leukemia has relapsed. With her new life now turned upside down, Mara Hedwig struggles to keep her business afloat. And her daughter’s worsening condition forces her to rethink her beliefs about Carter Callahan and his God. Will Mara make the return to Christian faith in the face of life’s greatest challenge?


An ex-military operative struggles with the return to civilian life while coping with his rebellious teen-aged daughter. During a house-search, Carter meets Mara, a headstrong Realtor who wants nothing to do with his God. But when Mara’s little girl is diagnosed with leukemia, the clock begins ticking for him to convince Mara to return to a life of faith. Just as he seems to be making headway, circumstances beyond his control throw his efforts into a tailspin. Can Carter learn to rest in the sovereignty of God?

Amazon best-selling author Cathy Bryant writes Christian fiction set in the heart of Texas. Her popular romance and romantic suspense novels take place in the fictional town of Miller's Creek, where folks are friendly, the iced tea is sweet, and Mama Beth's front porch beckons. Her debut novel, TEXAS ROADS, was a 2009 ACFW Genesis finalist. Since then five other stand-alone novels--all Amazon Kindle best-sellers--have been added to the series, one of which was a reader-nominated 2013 Grace Award nominee (PILGRIMAGE OF PROMISE). Readers have compared her work to that of Karen Kingsbury and Nicholas Sparks. A native Texan, Cathy currently resides in the beautiful Sangre de Cristo mountains of northern New Mexico with her minister husband of over thirty years. She's written devotions for The Upper Room devotional magazine, two devotional books, and for online sites. She also has released a Bible study booklet, THE FRAGRANCE OF CRUSHED VIOLETS. In addition to her writing, she enjoys thrift store shopping, romping in the great outdoors, and mini-farming. To learn more about Cathy and her books, visit her website at www.CatBryant.com.