Leipzig. One Thousand Years of German History. Bach, Luther, Faust: The City of Books and Music 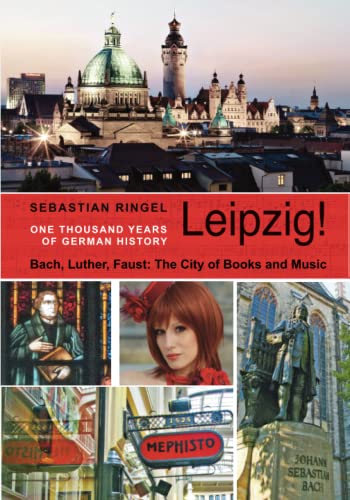 Leipzig is the city of books and music. Johann Sebastian Bach composed his cantatas in the St. Thomas Church; Martin Luther disputed the future of Christianity at Germany's second oldest university; and Johann Wolfgang von Goethe's "Faust" got into a brawl at Auerbach's Keller, one of many historical trade-fair buildings. Leipzig, the site of one of the world's oldest and largest book fairs, is located at the meeting point of historic imperial roads between Paris and Moscow, and Rome and the Baltic Sea. It is the city where Richard Wagner was born, Clara met Franz Schumann, Edward Grieg learned to play the piano, Felix Mendelssohn rediscovered Bach, Erich Kstner visited the coffee house, and Kurt Masur directed the Gewandhaus. It is also the city whose rallies at the St. Nicholas Church led to the downfall of Communism in 1989. Since then, Leipzig has been splendidly rebuilt. In December 2015, the city will be one thousand years old. This book brings to life the stories of ordinary and famous Leipzigers.

Sebastian Ringel is a German author born in Grorhrsdorf in 1976. He was raised in Oberlausitz, where he completed his secondary education in 1995. He left university studies in history at the Dresden University of Technology to complete training in occupational therapy. His first novel, Von der Monotonie des yeah, yeah, yeah (The Monotony of Yeah, Yeah, Yeah), was published by Radebeuler NOTschriften-Verlag in 2002. Ringel moved to Leipzig, where he still lives today. He published a collection of stories and poems, Mein Hund der Fisch (My Dog the Fish), in 2004. Inspired by a year-long sojourn in Australia, Ringel published the novel 5,8 Menschen (5.8 People) in 2009. He also works as an independent tour guide in Leipzig. In 2015, his book "Leipzig! One Thousand Years of German History", was released in German and English to commemorate the city's 1,000th anniversary.