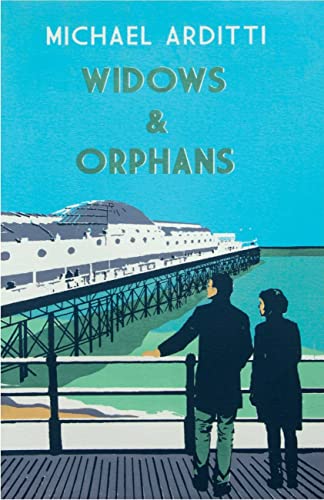 'Arditti's fictional Francombe is a familiar seaside town and a brilliantly revealing microcosm of a society where greed and power are embraced - Widows and Orphans is powerfully realistic. Arditti has written an uncomfortable but very readable novel about the careless greeds of the way we live now.' -- Helen Dunmore * Guardian * 'No one is missed by Arditti's crystal-clear eye. Widows and Orphans is at its heart, a compelling portrait of life in 21st century Britain for the everyman - While Duncan Neville struggles to keep his newspaper afloat, Arditti has no such trouble with the novel. The pages turn themselves.' -- Eleanor Doughty * Standpoint * 'A charming paean to a lost and vanished England.' * Catholic Herald * 'Arditti's gently satirical novel is a moral tale of lost causes in a changing world, with old causes and caring communities under threat.' -- Phil Baker * Sunday Times * 'Enjoyable and diverting, Arditti's prose is engaging and his material is studiously observed, particularly in the passages about the declining fortunes of Duncan's beloved paper. Moving and astute, it's a novel for anyone who has ever flicked through the paper and failed to recognise the country they're reading about.' -- Jennifer Lipman * Jewish Chronicle * 'At a time when 'good' can so often be synonymous with uninteresting and bland, Arditti has constructed a complex, witty and thoughtful portrait of an innately decent man and the messy modern world he lives in.' -- Amber Pearson * Daily Mail * 'A plot concerning the fate of the historic local pier provides an entertaining narrative motor, while Arditti's wit and typically breezy style keep the pages turning effortlessly.' -- Stephanie Cross * The Lady * 'Arditti has a mischievous take on small town politics, and the characters are brilliant. Benign satire, with a bite.' -- Kate Saunders * The Times * 'For all the sparky one-liners, the crisp satire on small-town preoccupations and the increasingly hilarious newspaper columns prefacing each chapter, this is a profound and unsettling book - Like a Graham Greene for our time, Arditti has written an exquisite novel which traces the challenging journey of the human heart towards the grace of acceptance.' -- Lucy Beresford * Spectator * 'One of the many pleasures of this novel is the range and depth of the author's sympathies. Moreover, Arditti has a fine eye for the significant detail and the novel is beautifully constructed - It is funny and moving and deeply tender.' -- Allan Massie * Scotsman * 'There are splendidly comic scenes worthy of Alan Ayckbourn. While the deeply moving last chapter is like the final movement of a string quartet, weaving together the various themes. Arditti's strength in creating an entire community, full of rich and contrasting characters has resulted in a satisfying book, full of insight, pain, compassion and humour. I cannot recommend it highly enough.' -- James Roose-Evans * Ham and High *

Duncan Neville, editor-proprietor of the Francombe and Salter Mercury, is struggling to keep the newspaper afloat. For over 150 years, it has served the two resort towns in Southern England. Duncan's personal life is in similar disarray, as he juggles the demands of his elderly mother, disaffected son, harassed ex-wife, and doting secretary. Meanwhile, Geoffrey Weedon, a childhood friend turned bitter rival, unveils a plan to rebuild the dilapidated pier, which might revive the town's fortunes, but threatens its traditional ethos. Lyrical and witty, moving and profound, Widows and Orphans paints a compelling portrait of a good man fighting for his principles in a hostile world.