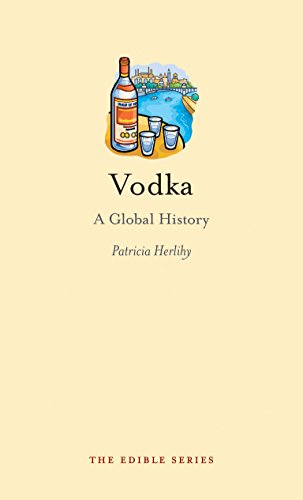 "Gin: A Global History and Vodka: A Global History are two delicious, well-mixed cocktails of history and booze. The first thing I learned from these books is alcohol's long-lasting dual effect on society. . . . I also learned that every kind of liquor has its own story. In these handsomely bound little volumes, part of the Edible series from Reaktion Books, the authors retell the centuries-long and always fascinating stories of vodka and gin."--The Inquisitive Eater

A tasteless, odourless and colourless liquid, vodka is the most versatile of spirits. It can be transformed into a classic cocktail; turned into a refreshing drink when combined with fruit juice, tonic water, or ginger beer; or is a powerful beverage in its own right, taken neat and swallowed in one gulp, Russian style. Vodka has endured many obstacles, continuing to flourish despite the American Prohibition and a ban in Russia on the eve of World War One. As one saying suggests, it has engrained itself in Russian society: 'the poor drink when they can and the rich when they want'. Patricia Herlihy provides an engaging account of the rise of vodka from its mysterious origins in a Slavic country in the fourteenth century, to its present day transatlantic reign across Europe and North America. Vodka: A Global History describes vodka's complete history, from its emergence in Eastern Europe to its future as a global beverage, spreading into emerging markets across the world. Attractively illustrated with photographs, paintings and graphic art, this title will appeal to vodka drinkers and cocktail fans, as well as any reader with an interest in the story of how a simple spirit has become an international industry.