The Anthropology of Friendship

The Anthropology of Friendship 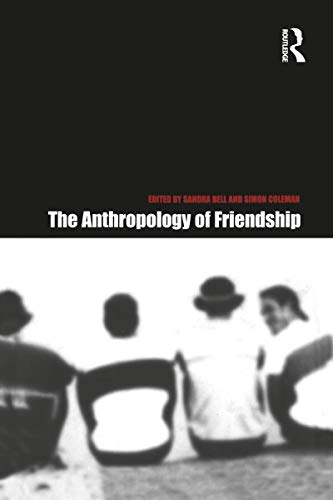 'The volume is a good starting point for a more systematic, comparative approach to friendship both as ideology and as practice, studied in the context of other forms of sociality and identification.'Anthropological Theory

Friendship is usually seen as a vital part of most people's lives in the West. From our friends, we hope to derive emotional support, advice and material help in times of need. In this pioneering book, basic assumptions about friendship are examined from a cross-cultural point of view. Is friendship only a western conception or is it possible to identify friends in such places as Papua New Guinea, Kenya, China, and Brazil? In seeking to answer this question, contributors also explore what friendship means closer to home, from the bar to the office, and address the following:* Are friendships voluntary?* Should friends be distinguished sharply from relatives?* Do work and friendship mix?* Does friendship support or subvert the social order?* How is friendship shaped by the nature of the person, gender, and the relationship between private and public life?* How is friendship affected when morality is compromised by self-interest?This book represents one of the few major attempts to deal with friendship from a comparative perspective. In achieving this aim, it demonstrates the culture-bound nature of many assumptions concerning one of the most basic building-blocks of western social relationships. More importantly, it signposts the future of social relations in many parts of the world, where older social bonds based on kinship or proximity are being challenged by flexible ties forged when people move within local, national and increasingly global networks of social relations.