Verwandte Artikel zu The Man Who Loved Only Numbers: The Story of Paul Erdós... 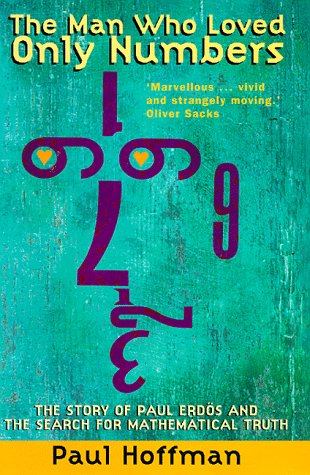 On The Man Who Loved Only Numbers:

'Paul Hoffman, in this marvellous biography, gives us a vivid and strangely moving portrait of this singular creature, one that brings out not only Erdos's genius and his oddness, but his warmth and sense of fun, the joyfulness of his strange life.'
Oliver Sacks

'Enthralling. A biography which conveys the wonder of mathematics by focusing on one of its most devoted practitioners.' Simon Singh, Observer

'One of the most accessible and engaging introductions to the world of pure mathematics you are ever likely to come across.'
Graham Farmelo, Sunday Telegraph

A biography of a mathematical genius. Paul Erdos was the most prolific pure mathematician in history and, arguably, the strangest too.

In The Man Who Loved Only Numbers Paul Hoffman, former Editor-in-Chief of Discover magazine, describes the life of Paul Erdos, Hungarian mathematical genius. Born in 1913 in Budapest, Erdos was born the very day his two sisters died of scarlet fever. His mother, fearing childhood contagion, refused her son conventional schooling. Home alone, Erdos did mental arithmetic. At three he could multiply three digit numbers in his head. At four he began looking for patterns amongst the prime integers. It was the start of a life consumed by mathematics. For six decades Erdos had no job, no hobbies, no wife, no home; he never learnt to cook, do laundry, drive a car and died a virgin. Instead he travelled the world with his mother in tow, arriving at the doorstep of esteemed mathematicians declaring ‘My brain is open’. He travelled until his death at 83, racing across four continents to prove as many theorems as possible, fuelled by a diet of espresso and amphetamines. With more than 1,500 papers written or co-written, a daily routine of 19 hours of mathematics a day, seven days a week, Paul Erdos was one of the most extrordinary thinkers of our times.