Ryan, Meda The Real Chief: The Story of Liam Lynch

The Real Chief: The Story of Liam Lynch 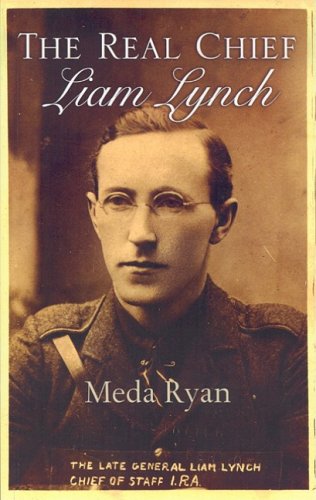 Liam Lynch, Chef-of-Staff of the IRA, was known as 'The Chief' among Republicans, particularly in the First Southern Division. Many of his comrades have wondered why he did not get the recognition he deserved, even though he had been offered the position of Commander-in-Chief of the army in December 1921. Some felt that in the documentation of history, de Valera overshadowed him, while others thought that because of the firm stand he took in holding out for a republic, his deeds of bravery, especially before the civil war, were downgraded. This is his story.

Meda Ryan is a native of Bandon in West Cork and now lives in Ennis, Co. Clare. Her published books include Michael Collins and the Women in his Life, The Day Michael Collins was Shot, and the controversial biography, Tom Barry, IRA Freedom Fighter.