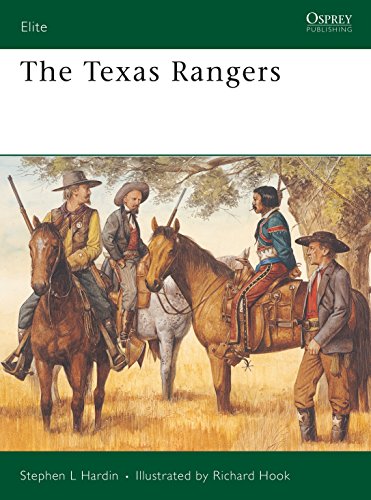 The Texas Ranger is one of the most cherished symbols of the Lone Star State. While the Alamo is the undisputed symbol of Texas, the Ranger stands as an enduring symbol of the people of Texas. The Rangers were first formed to protect their neighbours from Indian attack, later they fought and died in a war for freedom, and staved off foreign invasion. Some Rangers died with glory at the Alamo, while many more were wounded, or died, in anonymity at dozens of obscure places. This volume by Dr Stephen L Hardin charts the history of this remarkable force from the 1820s through to the present day.

Stephen L Hardin is a professor of history at The Victoria College in Victoria, Texas. He is the author of the award-winning Texian Iliad: A Military History of the Texas Revolution, 1835-1836 (1994), and the editor of Lone Star: The Republic of Texas, 1836-1846 (1998). He also appears regularly as a commentator on American television. Distinguished for his readable style and his accessible approach to history, Dr. Hardin is an inductee of the prestigious Texas Institute of Letters and is a member of Western Writers of America.

Richard Hook was born in 1938 and trained at Reigate College of Art. After national service with 1st Bn, Queen's Royal Regiment, he became art editor of the much-praised magazine Finding Out during the 1960s. He has worked as a freelance illustrator ever since, earning an international reputation particularly for his deep knowledge of Native American material culture; and has illustrated more than 30 Osprey titles. Richard is married and lives in Sussex; his three children Adam, Jason, and Christa are all professionally active in various artistic disciplines.