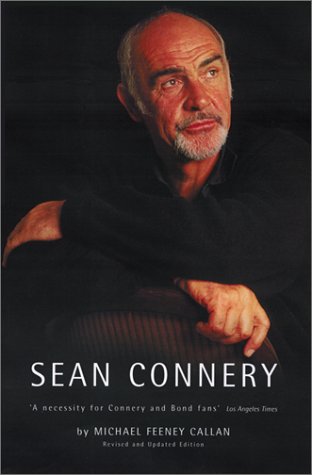 'A necessity for Connery and Bond fans' Los Angeles Times

Sean Connery is reputedly argumentative and tight-fisted; he is also fiercely patriotic (he sports a "Scotland Forever" tattoo), a consummate professional and, now in his 70s, still dashing, charismatic and regarded by some as the world's sexist man. Born into a poor Edinburgh family, Sean Connery dreamed of being rich enough to own a piano. After time as a choirboy, coffin polisher, nude model and bodybuilder, he decided he wanted to act, and his perseverance finally paid off when he beat better-known competition to play the first James Bond in "Dr No". His suave and sophisticated 007 became a worldwide cult figure and turned him into a (reluctant) superstar. Yearning to move on from the Bond persona, Connery went on to star in some truly memorable movies, including "The Man Who Would Be King", "The Name of the Rose", "Indiana Jones and the Last Crusade", "The Hunt for Red October" and "The Rock", confirming his status as a genuine star. For his role as Jimmy Malone in "The Untouchables" he won the Oscar for Best Supporting Actor. Published to coincide with the 40th anniversary of "Dr No", this revealing and intimate biography includes in-depth interviews from his family, friends and co-stars.