Beaton, M.C. Agatha Raisin and the Day the Floods Came

Agatha Raisin and the Day the Floods Came 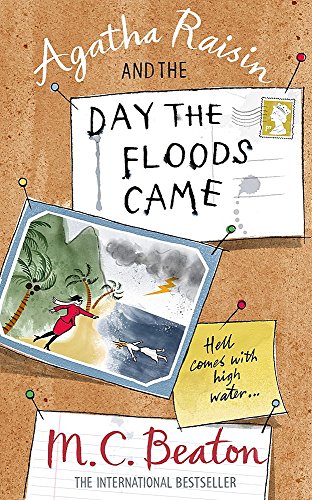 Drowned brides are like buses: nothing for ages, then two come along at the same time . . . ! Abandoned by husband James, Agatha hops on a plane to the South Pacific, hoping to mend her broken heart. But there she meets a happy honeymooning couple, for whom disaster strikes when, tragically, the bride drowns. Back home, alarm bells start ringing for Agatha when a woman, dressed in a wedding gown, is swept down river. The police say suicide, but Agatha, spurred on by recent memories, particularly her own disastrous marriage, sets out to prove them wrong.

Praise for the Agatha Raisin series:

'Once started, you'll have a job to put it down until you've finished.' Amazon reader, Kent

'Another wonderful tale about Agatha and her chums ... Long live Aggie!' Bookworm, Essex

M.C. Beaton is the author of both the Agatha Raisin and Hamish Macbeth series, as well as numerous Regency romances. Her Agatha Raisin books are currently being turned into a TV series on Sky. She lives in Paris and in a Cotswold village that is very much like Agatha's beloved Carsely.