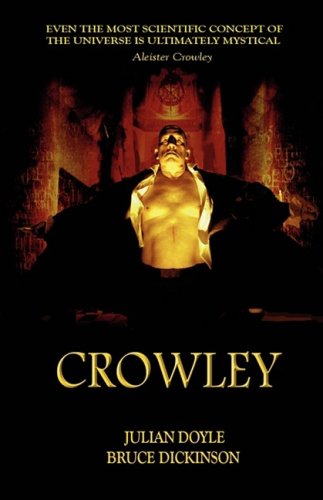 In 1918, Aleister Crowley announced that he was leaving New York to go on a 'Magical Retirement'. With his last cent he bought fifty gallons of paint, a large rope and a ticket on a boat going up the Hudson to Oesopus Island. "What are you going to eat?" asked his friends as he embarked. "My children" replied Crowley in his most pontifical manner. Oesopus Island has dangerous cliffs on both sides and passengers of passing river-boats were amazed to find, written on the cliffs in red letters ten foot tall: DO WHAT THOU WILT SHALL BE THE LAW Above on the cliffs in meditation sat the tiny figure of Aleister Crowley. His head was shaved except for one forelock which was kept in honour of the phallus. During these meditations he acquired a magical memory to recall his previous lives. The earliest in time was Ko Hsuen, a Chinese sage who had been a disciple of Lao Tse, the great figure of Taoism. Immediately before his present life he had been the French magician Eliphas Levi. On the day of his return to New York, thinner and with a sun tan, he was treated by a friend to lunch at the Plaza Grill. He had whitebait, steak tartare and cream cake, followed by a cigar and Napoleon Brandy. He ate the meal in the secure knowledge that after his death he would return again! Now a CONTROVERSIAL motion picture