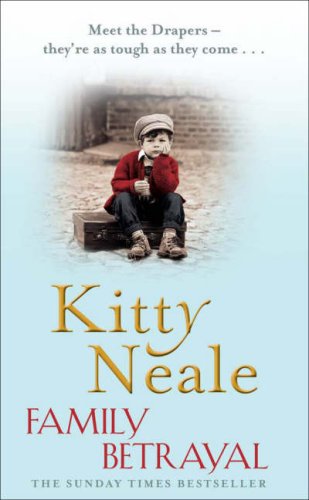 Praise for Nobody’s Girl and Sins of the Father:

‘This pageturner is a gritty tale of survival.’ Tesco magazine.

'Heartbreakingly poignant and joltingly realistic. From the first page the characters and their lives drew me in. It combines wonderfully accurate historical detail with true gritty realism in a book that fans of misery lit won't want to miss.' Annie Groves, author of Some Sunny Day.

‘I thought this was a thoroughly enjoyable read. In fact, I couldn’t put it down!’
Closer

‘This book kept me in total suspense until the end.’
Closer

Meet the Drapers – they're as tough as they come ...

The gritty new drama from the Sunday Times bestselling author of Nobody's Girl. Set on the mean streets of 1960s South London.

The Drapers rule the streets of South London. Everyone's afraid of them – and that's just how they like it.

But when tempers flare and a family feud spirals out of control, tragedy strikes, leaving eldest son Danny in charge.

But he has shocking plans for the family business and Petula, the baby of the family, becomes the scapegoat for the Draper’s dirty dealings.

Years later, and the once united family has now split up. Petula returns to the place she once called home to face her family as well as her demons, unleashing a terrible secret that could destroy them once and for all...