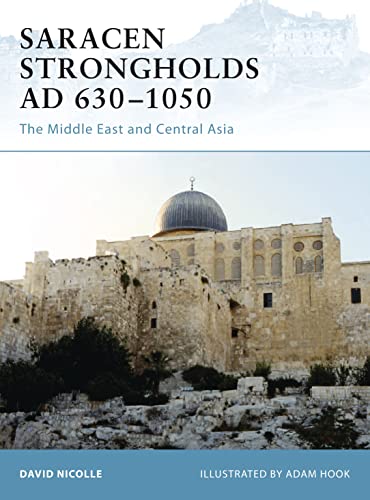 "As the Islamic Empire expanded, it drew upon a variety of earlier fortification styles: Romano-Byzantine, Indian and even Chinese. This book explains how these different themes were combined in Islamic fortifications... The book is authoritatively written and well illustrated." --Bolling Smith, Coast Defense Journal (September 2008) "The Islamic world drew upon a myriad of pre-existing styles of fortication that was both new and distinctive. This book examines early Saracen fortifications, covering their historical background, socio-political circumstances, and their role in protecting the Islamic world." --Game Trade Magazine (April 2008) "The book details some of the best examples of Islamic military architecture in the Middle East...Of course, if you are looking for a good description of one of these sites or even a regional description, the book can be a useful resource." --David Nicolle, FORTRESS 76 (July 2008) "It is worth your time to pick up 'Saracen Strongholds' and I hope to check out some of the other 'Fortress' titles in the near future." --Trask, livingdice.com (April 2009) ..". In this book, author David Nicholle covers the methods of construction as well as the major parts of [the] fortresses ... To help us visualize what some of these may have been like, Adam Hook has provided superlative illustrations of not only the physical layout, but also some of the action that took place at these locales ... Overall, another fine book in this series." --Scott Van Aken, modelingmadness.com (September 2008)

The Islamic world drew upon a myriad of pre-existing styles of fortification, taking Romano-Byzantine, Indian and Chinese ideas to create a highly effective and sophisticated hybrid fortification that was both new and distinctive. This book examines early Saracen fortifications, covering their historical background, socio-political circumstances, and their role in protecting industry, trade and the frontiers of the Islamic world. From the mayyad 'castles in the desert' of Jordan and Syria to the 'Round City of Baghdad' and the great gates of Cairo, this book provides an insight into the majesty of the Saracen forts, illustrated with specially commissioned artwork and cutaways, together with photographs of period engravings and images of the sites today.