Verwandte Artikel zu Wrestling with God: The Story of My Life

Geering, Lloyd Wrestling with God: The Story of My Life

Wrestling with God: The Story of My Life 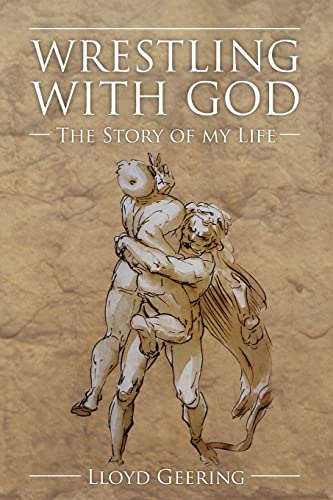 "Geering is not an ivory-tower theologian. He comes over as straightforward and down to earth, with a practical bent and a definite sence of humour ... there is no wrapping up of theological issues or uncomfortable facts in a mass of verbiage. He really is writing of the impact on him wrestling with God ... he also has the ability to write objectively about the Christian situation as if from the outside ... This autobiography is an excellent introduction to his professional writing which I hope readers will go on to explore."

"Geering has been involved in New Zeland in tackling the issues David Jenkins and Don Cupitt have wrestled with publicly in Britain. He explains these issues clearly and accessibly, not as from an ivory tower but as a person with all the ordinary concerns of anyone ... a great deal to know about how faith and spirituality direct and energise a person's life."

"Lloyd Geering's triumph over personal tragedy and professional hostility is an inspiration to all who seek faith without fairy tales in today's world."

--Anthony Freeman, Church of England priest dismissed for writing God in Us: A Case for Christian Humanism Reseńa del editor:

Lloyd Geering, a minister and professor in the Presbyterian Church in New Zealand, was tried for heresy in 1967 following his article 'What Does the Resurrection Mean?'. Found innocent, he became the foundation professor of religion at Victoria University. This is a reflective and honest account of his personal journey. In Wrestling With God Geering writes movingly of the interior and family life that form the backdrop to his controversial public life.